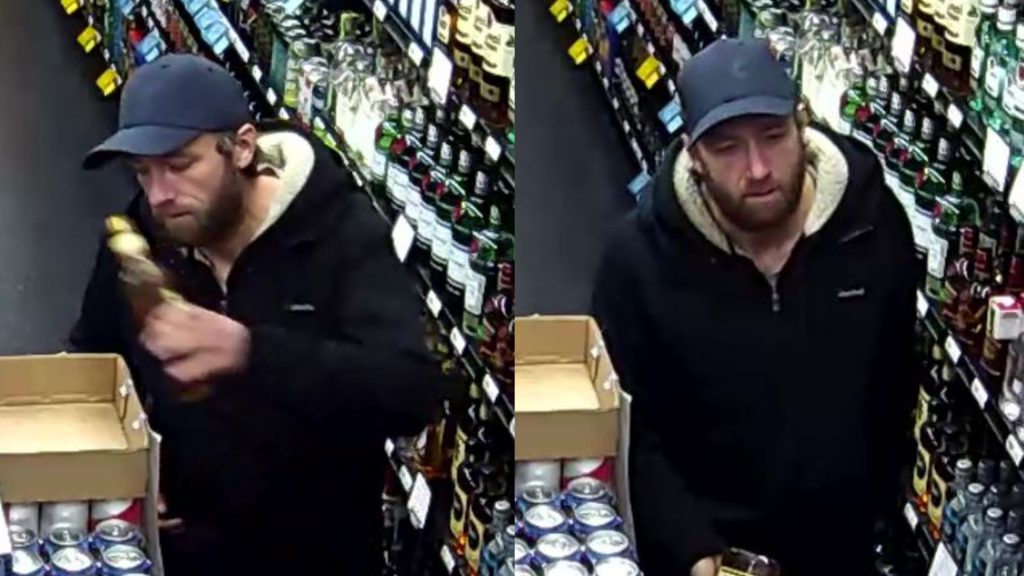 Oak Bay Police / Twitter
The Oak Bay Police Department is looking to identify a man who has been accused of stealing tequila from a liquor store more than once.

The Oak Bay Police Department is looking to identify a man who has been accused of stealing tequila from a liquor store more than once.

Just after 11 am on December 11, an employee from Estevan Liquor Plus contacted police to report a man who has been stealing alcohol from their location in the 2500 block of Cadboro Bay Road, according to authorities. After investigating surveillance video, Oak Bay police said they found the man grabbing two bottles of tequila, concealing them in his pants and walking out the store without paying.

The total value of the two bottles that were stolen is said to be $76.08.

Liquor store staff told police that the same man has been caught attempting to steal liquor previously, but that they have caught him in the act.

In a tweet sent out by police, the thief is described as “prolific” having tried to take tequila on “several occasions.”

We're hoping to identify this prolific thief. He's attended the liquor store at Caddy Bay & Estevan on several occasions and tried to help himself to Tequila. @VicCrimeStop #OakBay #yyj pic.twitter.com/oBcFUcKpXa

Oak Bay Police is asking for anyone with information regarding the suspect to please contact them on their non-emergency line at 250-592-2424.