January 11, 2020 updated
CHEK
One of the highway cams on northern Vancouver Island.

People who drive Highway 28 between Gold River and Campbell River are used to seeing a wide range of weather conditions during the winter.

That’s why people in places like Gold River or Port McNeill and Port Hardy would like to be able to rely on the Ministry of Transportation highway cameras. They’re accessed through the DriveBC website and show current conditions of highways around the province.

However, in some remote locations like Highway 19 north of Campbell River or Highway 28 west of Campbell River where the cameras rely on solar power, there are some camera feeds that are unavailable for extended periods of time.

“The cameras are operational very little of the time,” said Gold River Mayor Brad Unger. “I would say very little to never right now in the winter when they’re needed the most.”

“With the cameras, of course, you can have a picture of the highway and you can see if it’s plowed or not,” he added.

There isn’t a grocery store in Gold River anymore so people have to go to Campbell River and weather dictates whether they can or not.

“Every single community member that lives here relies on going to Campbell River for medical treatments, for appointments or any number of reasons and on that highway if you head out, it’s so easy to end up in the ditch when the weather is bad,” said Kevin Kowalchuk, Administrator for the Mowachaht/Muchalaht First Nation.

People in these northern communities share road conditions on social media instead of relying on the cameras.

People who use Highway 19 say the Tsitika camera, 101 km north of Campbell River is rarely working in the winter.

“So the Tsitika, in particular, is very important for us to be able to see what the conditions are like because that’s usually where it’s the worst,” said Port McNeill Mayor Gaby Wickstrom.

Wickstrom and Unger say they’ve raised the issue with the Minister of Transportation Claire Trevena but have not received a satisfactory response.

The Ministry of Transportation and Infrastructure released this statement:

“The ministry is aware of the Tsitika camera outage, and we have heard residents’ concerns. We sympathize with the frustration this causes and thank travellers for their patience while we resolve this. Typically a camera outage can occur due to a loss of power or a loss of communication with the camera, and cameras in remote areas can face challenges. The Tsitika camera outage occurred in late December and ministry staff are currently working to diagnose the issue. We look forward to getting these cameras back up as soon as possible.” 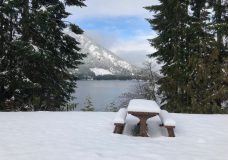 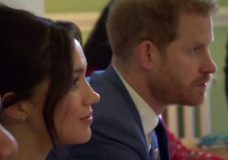