It looks like the winter weather is not going away anytime soon.

On Friday afternoon, a wind warning was issued for Greater Victoria, due to strong westerly winds in the forecast Saturday near the Juan de Fuca Strait.

According to the weather agency, areas of Greater Victoria, near the Strait of Juan de Fuca, can expect westerly winds of 70 km/h gusting to 90 km/h late Saturday morning through to the late afternoon.

Due to the winds, BC Ferries has issued a travel advisory for Vancouver, Victoria and the Southern Gulf Islands.

BC Ferries said there is a “high probability” the windstorm will affect ferry service. Ferry service may also be affected on Sunday.

Thousands of customers are still without power in Lake Cowichan and Pender Island.

And next week, temperatures are expected to drop across Vancouver Island, with a chance of snow in different areas.

Environment Canada meteorologist Bobby Sekhon said arctic air coming down from the north means temperatures will drop. Northern B.C. is already dealing with the cold temperatures, with places like Fort Nelson under an extreme cold warning.

“Cold air is already in B.C. and is slowly making its way south,” said Sekhon.

Sekhon said the temperature trends and path of the arctic air is easier to predict than precipitation due to more factors. For example, a low pressure can shift, changing where the snow will fall and how much will accumulate. Therefore, while there is snow in the forecast, Sekhon said amounts and times could change.

However, arctic air is more widespread, which means the Island will see below-normal temperatures. Sekhon said Monday, Tuesday and Wednesday are expected to be the coldest before there will be a bit of an uptick.

“Then it might not be as cold but will still be cold,” Sekhon said.

Sekhon added that the cold weather happens almost every year but this stretch is not expected to break any records. In February, temperatures on Vancouver Island were closer to the coldest temperatures on record, which are between -10 C and -15 C. Most of the records were broken between 1947 to 1950, Sekhon said.

And with the snow and cold, parents may be questioning whether school closures are imminent. Scott Saywell, Nanaimo Ladysmith Public Schools, is getting ahead of the cold snap.

BC Transit is advising customers that transit service in Victoria may be affected over the weekend due to snow.

We are advising customers of potential impacts to transit due to the forecast of snow over the weekend in Greater Victoria. If there are impacts to transit services, we will provide customer updates through our alerts system at https://t.co/1JrAg7gJ9E. Thank you. #yyjtraffic #yyj pic.twitter.com/tsgkIBD7FW

After his song, Saywell addressed school closures and bus cancellations, explaining student safety is the top priority when making those decisions.

“As you know, the weather forecast can change drastically overnight and Nanaimo-Ladysmith Public Schools covers a large geographic and conditions can be quite different from school to school,” Saywell said.

Staff will tour the district between 2 a.m. and 6 a.m, reporting the road conditions to the superintendent. First announcements will go out between 6 a.m. and 6:15 a.m.

“Schools will remain open, except under extreme circumstances. By doing so, all students have the option to attend. Closures can be a real hardship for many families, therefore it is the district’s priority to take every reasonable step to have schools open and students engaged in learning,” Saywell said.

The Greater Victoria School District said it will assess weather conditions on a daily basis and put every effort into deciding by 6:30 a.m. of whether or not schools will remain open.

Your Money for January 10 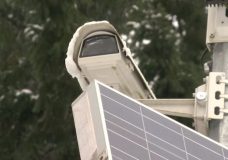