The North American Indigenous Games gives athletes a unique opportunity to travel across the country and compete against fellow Aboriginal athletes from Canada and the United States. Here on the island, young talent is gearing up for their big trip next week. Tyler Bennett has the details.

The North American Indigenous Games brings together over 5,000 aboriginal athletes from across North America, to compete in an olympic-themed atmosphere in multiple sports. It also gives kids a chance to represent their province or territory on an international stage, an opportunity that might never come about without the Indigenous Games.

“I didn’t think something like this would come up,” local soccer player Caleb Sam says, I’ve been playing soccer for 10 years now and this is the biggest thing to ever happen to me.”

“I am really lucky to live in a time where I can do something like this to go play at a high level at something I love,” fellow soccer player Rayn Cook-Thomas says, “because I know that lots of people didn’t get to do this, like my coach went to residential school, now he’s playing soccer but I don’t think he had as many opportunity as I may have had to play soccer, so I think it’s very cool that I can do this.”

For the lacrosse players on Team B.C., they get to play in the home of the Six Nations Chiefs, the birthplace of the sport.

“it’s surreal, I can’t believe it still,” Michael Maresca says, “when I was chosen, they told me I was on the team, to be honest I cried a bit, I couldn’t believe that I was going to be going over there.” 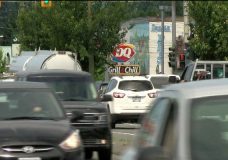 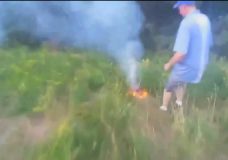