A Cobble Hill man says a bypass around Duncan would ease congestion in the city, but not everyone is convinced there’s a problem. Calvin To reports.

Bill Dumont, a forestry consultant who lives in Cobble Hill, says his commute through Duncan would be quicker if there was a bypass around the city.

“It can take up to an hour or more to get through Duncan now,” Dumont said. “So that’s how slow it is.”

Dumont says a bypass would also provide benefits to the economy and the environment by reducing congestion along the portion of the Trans-Canada Highway through Duncan.

But not everyone is convinced that congestion is a problem in the area.

Julie Scurr, president of the Duncan-Cowichan Chamber of Commerce, says she has not heard of any concerns about congestion from the chamber’s members.

Due to such lack of feedback, the Chamber of Commerce does not currently have a stance on the bypass itself, according to Scurr.

In 2005, the City of Duncan, along with the CVRD and a group of local authorities, commissioned a study to address mobility on the highway.

Since then, several changes have been made, including the addition of left turn lanes, that have improved the flow of traffic.

The city has also secured sections of land beside the highway to allow for future widening.

Mayor Phil Kent says a bypass would only benefit a third of all commuters in the area because the majority is local traffic.

There are also other concerns associated with building a bypass, according to the mayor.

“All of the routes that were identified would have major disruption to existing properties, both business and residents,” Kent said.

Kent did not express a stance for or against a bypass, saying the city would not be the one making the decision.

In the meantime, Kent said there are other ways the city can improve traffic flow, such as increasing density.

He also supports the utilization of the old E & N railway lines for passenger rail.

But Dumont says the problem will get worse if a bypass isn’t in the works soon.

“Bring a book, bring a lunch when you’re planning to drive through Duncan,” he said. “It’s just not acceptable.” 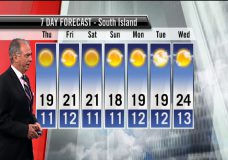 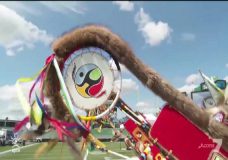