No plan yet to open BC’s schools, says education minister

April 29, 2020 updated
CHEK
WatchWhen and if BC's students return to classes will be a slow rollout. Most of the province's 550,000 students are continuing their studies at home. But BC's Education Minister isn't ruling anything out in the future. Mary Griffin reports.

After weeks of speculation about if and when B.C.’s schools are re-opening, the province’s education minister, Rob Fleming, is not providing an answer.

“This briefing is about an overview of all the things that are happening in B.C.’s school system. It is not an announcement about B.C.’s schools re-opening,” Fleming said during a press conference on April 28.

B.C.’s schools closed for virtually all students on March 17.  The only children attending classes now are the children of front line workers. That’s about 100 in Greater Victoria and 2,000 provincially.  Fleming said the province may reopen classes for some students with disabilities, and who are having some difficulty learning at home.

“At the end of the day, it’s the science and data of how we’re combating COVID-19 that will determine when it’s safe and when it’s the right thing to do,” Fleming said.

Lachlan Stewart is a Grade 3 student at Margaret Jenkins Elementary School in Victoria.  He said he’d have an easier time at school with his education.

“Some people say it’s easier to homeschool because it’s easier to learn at home school. But it’s way harder,” Stewart said.  His grandmother, Jan Mears, said Lachlan and his sibling are missing the daily contact of going to school. ”

On Tuesday in Ottawa, reporters asked Prime Minister Justin Trudeau about sending his three children back to school in Quebec, which is starting classes for elementary students on May 11. His response wasa cautious one.

“I’d want to know what the school was planning on doing, whether the desks were going to be properly placed, whether there’d be plans at recess in terms of keeping people separated,” Trudeau said.

And the association representing Victoria’s teachers, the Greater Victoria Teachers’ Association, agrees with B.C.’s provincial approach. President Winona Waldron said if the district of Victoria gets the approval from the Ministry of Health, some of its vulnerable students may go back to class.

“I found it quite reassuring. because there was nothing that was unexpected.  It confirmed the work that we’re currently doing in the district, sort of preparing for an eventuality situation,” Waldron said.

As for Lachlan, he’s on the fence about finishing Grade 3 at school. “I like school but I wanna have some free time,” he said.

According to the province, more than 275,000 students are currently receiving their lessons via video conferencing. 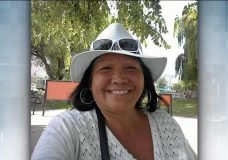 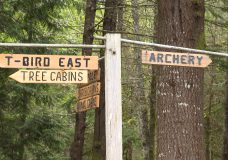