April 29, 2020 updated
CHEK
WatchIt's something many kids look forward to the most during the summer. Camps are supposed to kick off soon. But this year many look like they will not go ahead. For both kids and parents it's a big problem. Julian Kolsut has this story.

Summer camps across Vancouver Island are struggling with how to cope with COVID-19.

Camp Thunderbird near Sooke has made the call to close for May, June and July.

“I thought [about] how we deliver our programs,” said Luke Ferris, General Manager of YMCA-YWCA Outdoor Adventure Programs.

“How we feed everybody, how we house everybody, I just couldn’t see it being done in a way that met the health and safety things Dr. Bonny Henry had put out there.”

It’s a difficult decision. Over 1,000 campers will now not be able to visit the site.

“But for the campers that have been coming for years for some of the young staff,  it’s really really hard for them, it’s something they look forward to all year long.”

Other Island camps, like Camp Pringle and Camp Qwanoes say on their website that they are still accepting registration and are monitoring the situation.

But the over 50,000 air, army and sea cadets across Canada will also not head off to summer training this year.

Many parents are worried about both activities for their kids, and their needs for childcare.

Luckily some municipal day programs may still go ahead sometime in the summer.

“If the economy opens up we know our families will be heading back to work and being able to provide that service is very important to us. We really hope to offer a summer camp in July but we are waiting for more information from the healthy authority and the province.”

Saanich says they are also monitoring the situation but hope to offer camps. But municipal day camp programs fill up quick.

And here are big repercussions for the closed camps.

Up-keep is expensive, just that at Camp Thunderbird costs tens of thousands of dollars a year.

They say missing the prime season is a huge hit.

“Hundreds of thousand of dollars in lost revenue for just the camp branch, and that doesn’t even touch on what the rest of our organization, the YMCA YWCA of Vancouver Island, has suffered.”

But they are hopeful that by August the curve will be low enough to let the summer fun kick off. 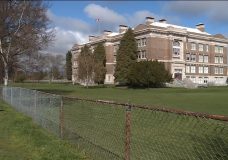 No plan yet to open BC's schools, says education minister 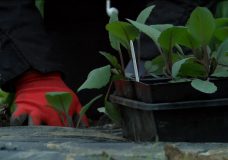