No mask, no problem? The debate over face masks wages in movie theatres 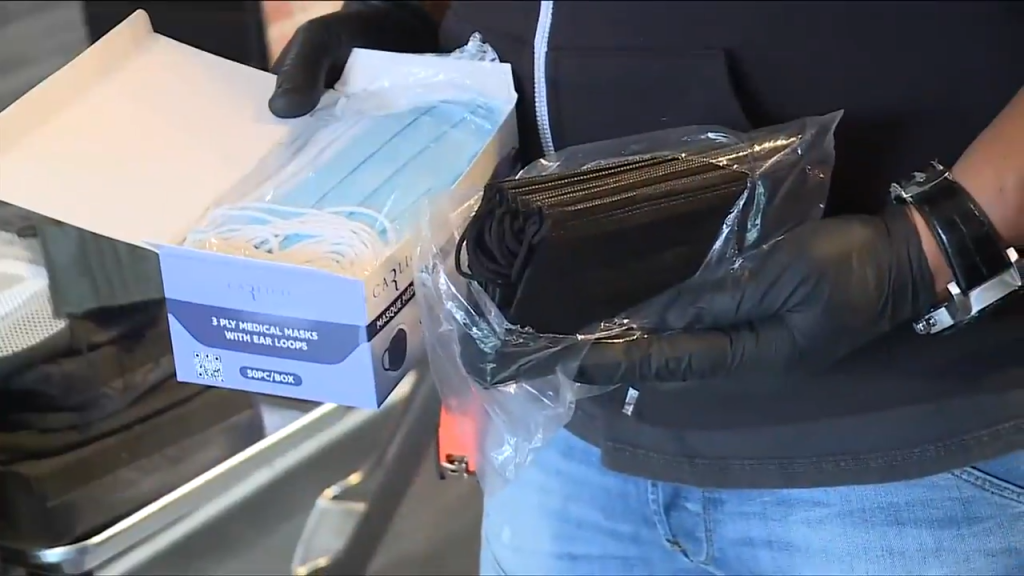 When the lights dim at Canadian movie theatres in the coming weeks, one of the most hotly debated topics won’t be showing on the big screen, it’ll be playing out in the audience.

The rules around whether moviegoers should be required to wear face masks during the COVID-19 pandmemic has shaken the exhibition industry over the past couple days, pulling North American theatre chains _ including Canadian giants Cineplex Inc. and Landmark Cinemas – into a safety debate just as they were putting the finishing touches on a reopening plan.

On Friday, Cineplex doubled down on its commitment to let each customer decide if they wear a face mask inside its theatres, joining fellow domestic chain Landmark in a rare major policy decision that doesn’t follow in lockstep with U.S. theatre operators.

Both companies explained that while staff would be required to wear masks and personal protective equipment, their companies were relying on guidance from Canadian health authorities on ticket buyers.

It’s a stance that puts the Canadian chains at odds with the largest U.S. exhibitor AMC Theatres, which went into damage control mode after its CEO branded mandatory mask enforcement as something that risked being “political.”

Adam Aron, chief executive of AMC Entertainment Holdings, told Hollywood trade publication Variety on Thursday that its company’s leaders “thought it might be counterproductive if we forced mask wearing on those people who believe strongly that it is not necessary.”

A backlash on social media led AMC executives to swiftly change course by Friday, saying that masks would be mandatory at all locations. Other U.S. exhibitors followed suit with updated reopening policies, including Regal Cinemas and Alamo Drafthouse.

“Masks have become an oddly divisive issue in the U.S. and so I think Canada… has really just taken a ‘personal choice’-type stance on this,” he said in a phone interview from B.C.

“I’ve been to the shopping malls, I’ve been to the restaurants, I’ve been around. It is really not commonplace. I was just at a restaurant in British Columbia (where) the servers aren’t wearing masks. It’s not necessarily a prevailing common piece, particularly in a lot of secondary markets where we operate.”

Walker emphasized the varying levels of impact COVID-19 has on different regions of the country as one reason why they’re leaving it up to moviegoers.

He said Landmark would continue to take guidance from government leaders, and if masks were suddenly required, the company would “measure whether our guests are interested in coming to theatres while wearing masks through that experience.”

Kevin Coombs, a professor of medical microbiology at the University of Manitoba, said as long as theatres are following social distancing measures, the chances of spreading the virus should be lower, but that it didn’t remove the risk.

“There’s always a big difference between an enclosed space inside – like a movie theatre – versus being outside,” he added.

“The longer people are inside, even if they’re six feet apart, the more they’re going to be exhaling and therefore there’s going to be more virus in the air.”

Coombs, who is an infectious disease expert, said the risks of visiting theatres will vary by province, depending on the number of COVID-19 cases.

“I would personally not go yet,” he added.

Alon Vaisman, an infectious diseases physician at Toronto General Hospital, said its impossible to make a determination on the risk of visiting theatres because “there’s no good data” on the evaluation of risk.

“A lot of that boils down to common sense discussions and then individual risk thresholds,” he said.

“When it comes to movie theatres, I would say that on the scale of things, it’s probably on the lower end when we compare it to something like a school or a grocery store where there’s far more contact, far more movement.”

He added that it makes sense to encourage people to use masks, given that the risk of wearing one is “negligible, but the benefit is potentially there.”

Canadian theatres are still uncertain how many cinephiles will be eager to show up once they’re back in operation. For the first few weeks, they’ll be screening primarily older Hollywood hits, such as “Jurassic Park” and the Harry Potter series, before the anticipated arrival of a few new titles later in July.

Cineplex representative Sarah Van Lange outlined a number of safety measures, beyond face masks, that will be rolling out as its theatres reopen.

They include wiping down auditorium seats – which in most theatres are now pleather – with a disinfectant spray, staggered showtimes to reduce congestion in theatre lobbies, and concession registers that will be limited to every other line.

This report by David Friend, The Canadian Press was first published June 19, 2020.

VIA Rail will soon require masks for all passengers 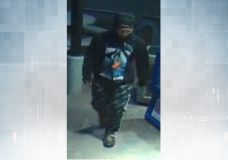 VicPD looking to identify person of interest in arson