Local seed varieties are key to protecting the genetic diversity of crops, according to Island seed growers.

“We do quite a wide range of seeds so we have your usual vegetables like carrots, beets, cucumbers, peppers, lettuce,” said Fiona Hamersley Chambers of Metchosin Farm. “Then we do herbs, we do quite a few native plants as well, especially berries.”

To help the farm out in its process of cleaning and saving the seeds, FarmFolk CityFolk is stopping by with their mobile seed cleaner.

“It’s built to help seed growers clean their seeds more efficiently,” said Siri van Gruen, a coordinator for the organization’s B.C. seed security program. “A big barrier for a lot of seed producers across the province is not having the equipment to efficiently process their seeds.”

The mobile seed cleaner — with its 2021 tour funded by the ministry of agriculture — comes equipped with a thresher, a winnow wizard and different screens and clippers.

Metchosin Farm grows about 260 different seed varieties and the reason for it, Hamersley Chambers says, is simple.

“There’s no food security without seed security,” she said. “When you buy your seeds from the larger companies that have the catalogues that you get in the spring, in Canada, none of those companies actually grow a seed crop, they’re resellers.”

In a 2009 study, American researchers compared a U.S. commercial seed catalogue from 1903 to one from 2004. They discovered that over the span of 100 years, 94 per cent of the old seed varieties were no longer available from the most common commercial sources. There was, in other words, a six per cent survival rate.

“So that’s catastrophic in my mind and when our seed is coming from so far away in such an international supply chain, we really are vulnerable,” Hamersley Chambers said. “As a plant breeder, that means I have access to about six per cent of the North American genetics that somebody doing my job 100 years ago had access to.”

Fewer varieties are being grown now than in the past, Van Gruen added.

“That means we’re losing oftentimes the genetics of the other varieties that… might be very drought tolerant or do well in flooding,” van Gruen said. “So in the future, we want to preserve those genetics to keep them going.”

Hamersley Chambers says that’s the benefit of local seeds. They adapt to the local environment.

“[During] a particularly cold period a couple of years ago, when that pulled out a lot of our winter crops, they just couldn’t handle it,” Hamersley Chambers explained. “But the ones that survived, those are the ones we’ve been pulling our genetics from, so over time you get locally adapted seeds and those tend to be more resilient.”

Those lost varieties won’t come back, but Hamersley Chambers says the current ones can be maintained by saving seeds.

“That’s how we’re going to get that food security back again,” she said. 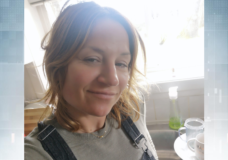 Seven months since Brianna Lozano was murdered in Victoria, no update from police 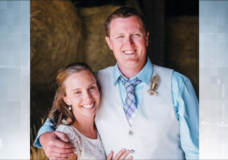 Estimated hundreds get a #JabforJosh after his passing from COVID-19