Estimated hundreds get a #JabforJosh after his passing from COVID-19

The family of a popular Cowichan Valley man who succumbed to COVID-19 says they’re taking some solace in the number of people getting vaccinated or a #JabforJosh as a result.

“There has been a lot of people who were hesitant to get vaccinated who have been vaccinated because of Josh. I know the clinic in town has been busy and it was especially busy after his passing,” said Sara Phillips, Josh Mellor’s sister.

Many describe the farmer and heavy-duty mechanic as having a larger-than-life personality but life took a sudden turn for the husband and father of two daughters when he was diagnosed with COVID-19 September 2nd.

His health slowly declined until he passed away in a Victoria hospital on September 27.

“It was tough. It was really tough. Somebody that age shouldn’t be gone yet especially when you got a three-year-old and six-month-old at home and a wife,” said Brandon Westhoff, a friend who knew Mellor through farming.

While he was in the hospital, friends started using the hashtag #JabforJosh or #JabsforJosh when they got vaccinated, includingWesthoff.

Westhoff got his first shot days after his friend’s passing.

“It was Josh’s dying wish for everybody to get the vaccine so I did. I was pretty hesitant at first,” said Westhoff.

It turns out Westhoff has been one of many including some complete strangers impacted by Josh’s story. His sister believes that the number of people getting jabs is now into the hundreds.

Phillips says it’s unfortunate that Josh had to pay the price of his life but she thinks of the many lives he may have saved, and families protected as a result.

She’s among those urging people to discuss getting vaccinated with their health care provider and to consider getting a Jab for Josh. 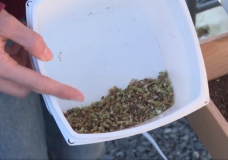 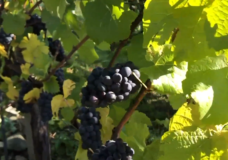 'It's hard to find any workers': Island wineries struggle to find pickers for harvest amid labour shortage