For Nicole Bottles, every day is a struggle.

The 24-year-old suffers from Lyme disease and the devastating illness has drastically changed her life.

“Being in chronic pain really affects you in every single aspect of your life so it’s had far-reaching consequences,” the Saanich resident says. “I had to put a lot of my plans on hold.”

Bottles ended up in a wheelchair when she was just 15-years-old. But doctors couldn’t figure out what was wrong and she had to go to the United States to get a diagnosis.

“I was really scared they weren’t going to figure out what was wrong with me in time ,” Bottles told CHEK News. “I was going downhill so quickly and I saw pieces of my life slipping away.”

And now there’s a new danger on Vancouver Island.

Researchers have found a new strain of Lyme-disease in southwestern British Columbia.

“People and doctors need to know that it’s out there,” says study co-author John D. Scott, a Lyme Ontario research scientist. “There are now four tick species on Vancouver Island that carry Lyme disease and this strain will cause a whole range of symptoms in patients.”

The bacteria, borrelia genomospecies 2, has been detected in ticks feeding on eastern cottontail rabbits on Vancouver Island.

“Even though it’s found on rabbits, the same tick can bite people and transmit this particular bacteria,” says Scott. “To me, it’s like playing Russian roulette ? you don’t know where the bullet is in the chamber.”

But most patients are misdiagnosed and can suffer for years as their symptoms worsen.

By then, there’s no cure and that’s why researchers say it’s important for everyone to know about the increased Lyme disease risk on the Island.

Symptoms with this new strain are expected to be severe but researchers aren’t yet sure how the symptoms will manifest and they’re worried doctors won’t test for Lyme disease.

Nicole Bottles is just hoping that by raising awareness about this growing danger, people won’t have to suffer, like she has.

“You don’t have to develop a chronic infection and that’s the real heartbreak here, is the preventability,” says Bottles. 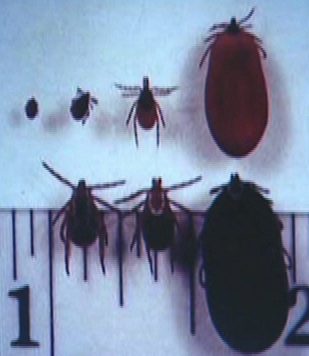 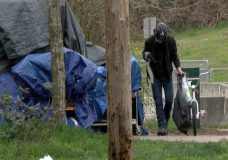 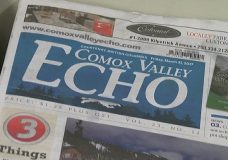 Comox Valley Echo to publish its last edition this week