June 5, 2019 updated
CHEK
WatchIt's a multi-million dollar problem for global farmed salmon markets: sea lice. Here in Canada, a new drug is hoping to break into the market to solve the problem, but as Kori Sidaway tells us, some conservationists have serious concerns on the health and environmental impacts this new pesticide may have.

All it takes is two sea lice to kill a wild salmon.

“Sea lice is completely out of control in the Clayoquot Sound for the second year in a row,” said Bonny Glambeck with Clayoquot Action.

“Unprecedented numbers that we’ve never seen before in British Columbia.”

Adding to the crisis, farmed salmon have become resistant to the only delousing drug on the market.

“We were fairly restricted in what we could use, so we also looked at other options like hydrogen peroxide and lufenuron,” said Linda Sams, the sustainable development director with fish farm company Cermaq Canada.

The new drug lufenuron is being pitched around the world as the solution. But what may surprise people, is where it came from.

“We used it as a flea control product for years and years in both cats and dogs,” said Veterinarian Helen Rae.

The drug was used in the Clayoquot Sound in Cermaq Canada fish farms from September 2018 until March of 2019 on an emergency application. Within Canada, the process to get registered for regular use is still under review.

For now, companies say, the drug is working. But conservationists worry, there’s not enough research on its impacts.

“What we know about it’s in terms of the effect on the marine environment is very very limited,” said Glambeck.

“There is some concern with this insecticide entering the marine environment and affecting other organisms.”

Of specific concern to researchers is the side effect the drug may have on crustaceans like crabs and prawns. The drug could stop the production of their shells if directly consumed.

Fish farms say they’ve mitigated this risk by treating the fish with the drug in freshwater on-land pens, where they stay for a week after treatment to let the drug go through their system.

“No one should be concerned about widespread environmental impacts.”

But researchers say there’s not enough known about how much of the drug is excreted in the fish’ feces after once when they make it to their ocean pens or the amount of the drug that’s in the fish that die in the open ocean, and crabs could feed on.

Health Canada says they have done testing and found fish that’s been treated with lufenuron is safe to eat, but there’s a waiting period. The fish can’t be sold to consumers for 350 days after their last drug treatment.

As of right now, the new sea lice drug is in the process of registering for use in fish farms across Canada.

If Canada does approve this new de-lousing drug, they wouldn’t be the first. Chile is the one and only country so far to have full approval for use of the drug in their fish farms. 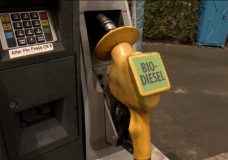 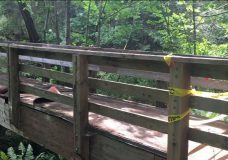