Posted: Oct. 28, 2022 11:03AM | Last Updated: Oct. 28, 2022 6:37PM
CHEK
Frosty poppies sit atop a tombstone on Remembrance Day at the National Military Cemetery in Ottawa on Thursday, Nov. 11, 2021. The Royal Canadian Legion's national poppy campaign kicks off today and will run through Remembrance Day under less health restrictions than in recent years, and organizers hope a string of new initiatives will re-engage Canadians in the act of remembrance.THE CANADIAN PRESS/Sean Kilpatrick

Local veterans and members of the Canadian Legion kicked off the campaign by raising the poppy flag and presenting Mayor Lisa Helps with the first poppy.

The annual push to honour fallen soldiers is set to run until Remembrance Day, and organizers say they’re hopeful the features introduced this year will help re-engage Canadians in the act of paying tribute to veterans both past and present.

A shift towards environmentally friendly materials and new digital engagement strategies are among new initiatives the Royal Canadian Legion is hoping will breathe fresh life into the 2022 national poppy campaign.

The Legion has scaled back the number of traditional poppy boxes at locations across the country where people can donate cash and receive a poppy pin, rolling out just over 27,000 compared to around 34,000 in 2021. But the new campaign will feature the introduction of biodegradable poppies and wreaths made of natural materials such as paper, moss and bamboo.

It will also include “Poppy Stories,” an initiative allowing people to scan a lapel poppy with their smartphone and be presented with information about real Canadian veterans, including anecdotes about their lives, their roles within the military, where they served and what their passions were.

“The various initiatives are a way to engage more Canadians from across generations, to engage younger people in the act of remembrance,” said Nujma Bond, communications manager for the legion’s national headquarters.

“We hope that when we modernize how we remember, and the materials we use to remember, it will also carry on the tradition of remembrance in Canada.”

For the third year in a row, the organization will also have boxes that can accept payments from tap-enabled devices or cards. The legion said 1,000 such boxes will be in place this year, the same number as in 2021 when large swaths of the country were still operating under public health restrictions intended to curb the COVID-19 pandemic.

Canadians can also make a donation towards the campaign at mypoppy.ca, where they can create a digital poppy, add a customized commemoration to a veteran and share it on social media.

While there are still regional restrictions in place that will need to be heeded, fewer public health measures means more volunteers will be physically present at poppy boxes to engage with those passing by and encourage donations.

“It is a chance to share more stories, for people to meet veterans, to have positive conversations, to learn a little bit more about those who have served us,” said Bond.

This year’s supply of poppies will consist of both the traditional and environmentally friendly versions, the Legion said, noting it hopes to deplete old stock before switching exclusively to sustainable materials for future campaigns.

The organization doesn’t have final figures for the amount raised from last year’s campaign, but Bond said the legion typically raises close to $20 million from its poppy campaign on any given year to support veterans, their families and communities.

Brent Craig, veterans’ service officer for the Legion’s Westboro branch in west Ottawa, said those funds go directly into a range of programs that help veterans with a host of needs, including assisting with paperwork when applying for benefits from Veterans Affairs Canada or peer support programs.

Ronn Anderson, 78, served for more than 38 years in the Canadian Armed Forces, with stints in Europe as an artilleryman and as part of the Air Force. This is his 22nd year running the poppy campaign for the legion’s St. James branch in Winnipeg, and he said he hopes to see spikes in volunteer numbers, public engagement and donation totals by the end of the campaign compared to the last two years.

He said the return of traditional poppy boxes is particularly welcome among veterans, adding he and his fellow former soldiers have more meaningful interactions with the public and receive more thanks for their service when they don their uniforms and volunteer for the campaign.

“That means a lot to me to be able to support these veterans that need our help,” said Anderson. “Nobody likes to be in need, but through necessity, through circumstances, people do become in need and we’re happy to help out our veterans with our poppy monies that we’ve earned.” 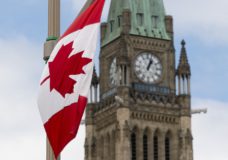 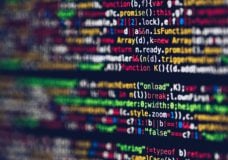