Posted: Oct. 16, 2022 7:25PM
CHEK
WatchAcross the Capital Region, the political landscape has changed across communities following the municipal election on Saturday, with many longstanding mayors and councillors voted out in exchange for fresh faces. Oli Herrera reports.

Across the Capital Region, the political landscape has changed across communities following the municipal election on Saturday, with many longstanding mayors and councillors voted out in exchange for fresh faces.

The biggest shock of the night, likely for many, came in Langford, where longtime mayor Stew Young was voted out after a 30-year run.

Young was the city’s first elected mayor since Langford’s incorporation in 1992, prior to that, Jim London led. Running for the first time in his political career, Scott Goodmanson — an independent — won the mayoral seat with more than 54 per cent of the votes.

“My role is to focus on my city and the resident, that’s my job,” said the Langford mayor-elect.

The city’s mayor incoming says his first priority is to allow for residents to have a voice in city hall.

“I really want that culture where people feel comfortable coming to city hall with problems,” said Goodmanson “With issues for them and council listening to them and respecting them.”

Goodmanson will be joining a slate of new faces on the council.

Members of the Community First Langford slate have been replaced with the Langford Now members, all of whom have never been elected before. Only independent Lillian Szpak was re-elected.

One of the Langford Now members elected was Colby Harder, who received 5,072 votes, more than anyone else including Goodmanson.

Reflecting on his time as mayor, Young is proud of the work he’s helped create for families and the economy of the city. While he conceded, Young spoke out against members of the Langford Now slate, accusing them of spreading misinformation and calling them ‘inexperienced’.

“Over the next year or two, it’s going to be very difficult for them to get involved and get up and running. They’re going to have a tough time doing what this experienced council has done,” said Young.

“This is 50,000 people, this is a big organization with a $60 million budget. These people have no experience, they don’t know how a city is run and there’s going to be hiccups along the way I’m sure.” 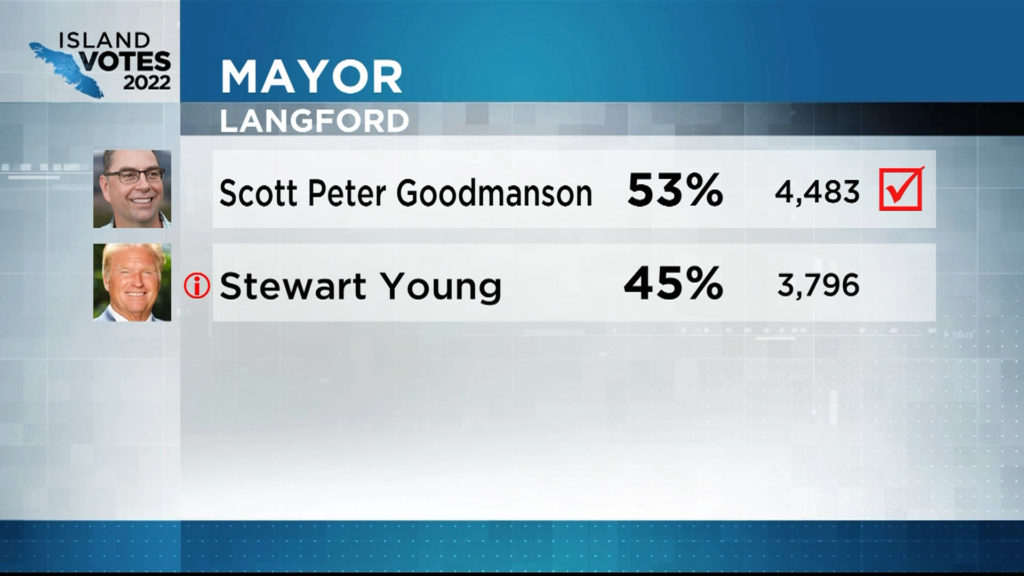 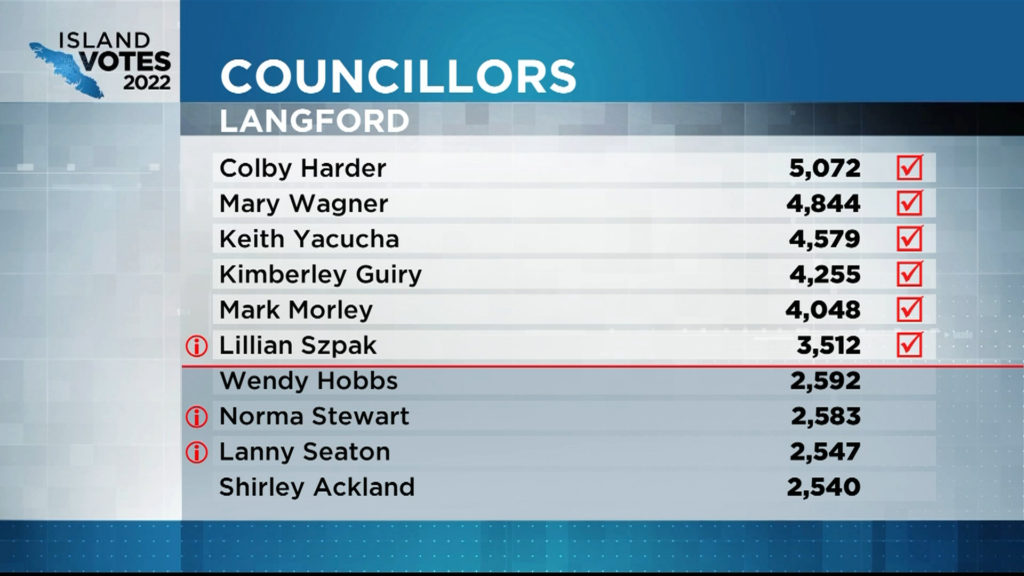 Saanich gets itself a new mayor

Some city councillors will be returning to the table, including Colin Plant, Susan Brice, and Zac De Vries. Murdock says he’s preparing to meet with his new team to tackle pressing issues.

“Clearly, housing stands as the dominant issue on people’s minds. We hear from older adults who are concerned for their kids,” said Murdock. “And young adults who are looking to settle in the community.” 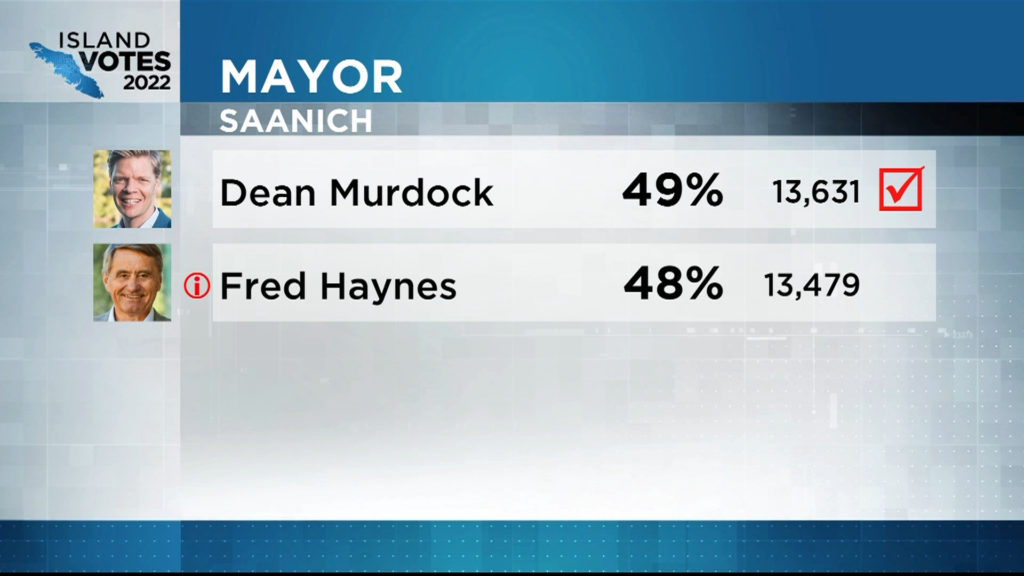 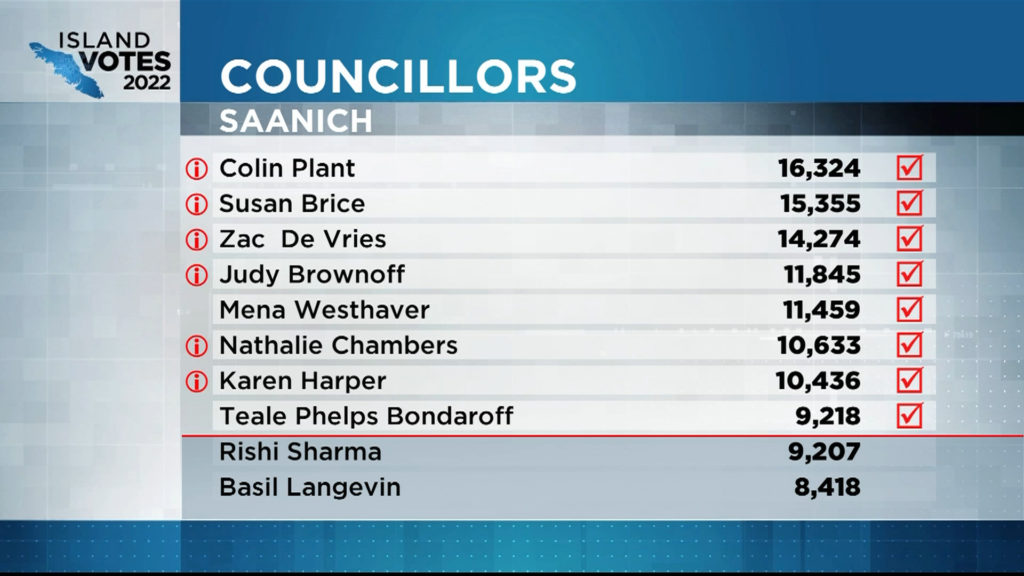 Longtime councillor Marianne Alto will lead B.C.’s capital with a completely new council after she defeated Stephan Andrew by more than 5,300 votes.

“We do have some governance considerations to review,” said Alto. “Between that work and the eagerness and excitement of the new council members, we’ll be able to work really fast.”

Another surprise on Monday was longtime councillor Ben Isitt, who was not re-elected. Isitt was the only member of the previous council to seek re-election and came more than 1,000 votes short of the lowest vote-getter elected as a councillor. 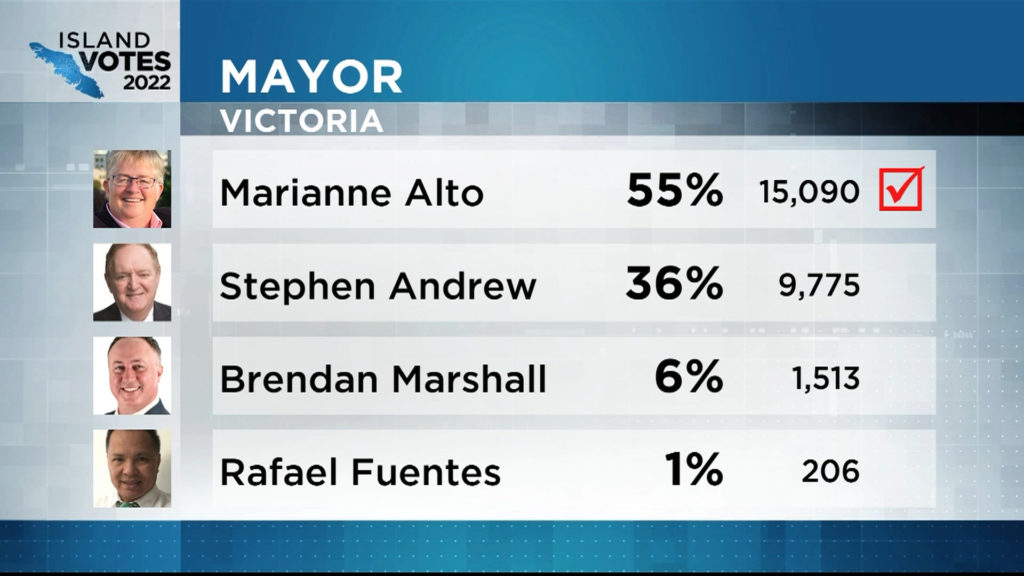 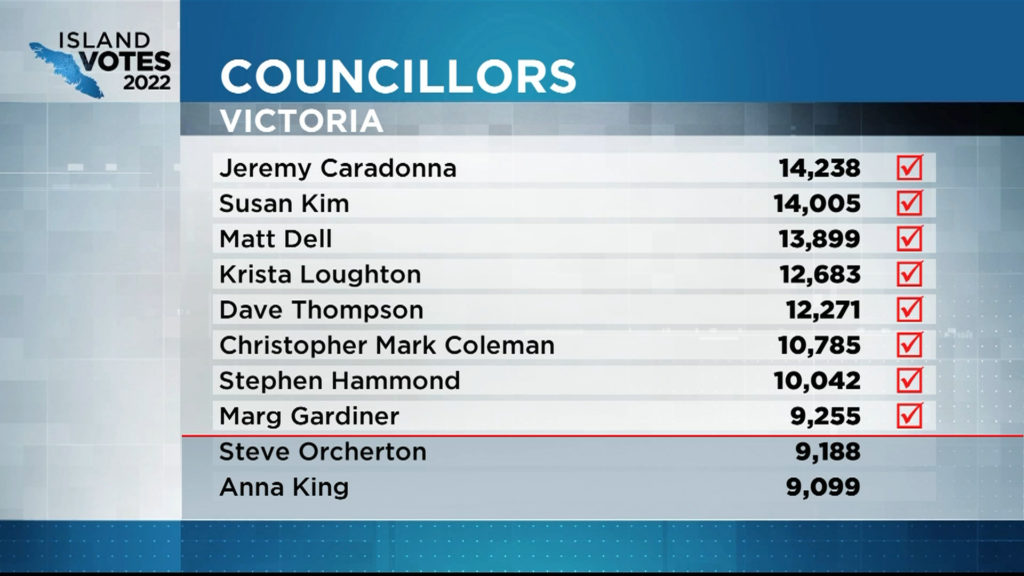 In Metchosin, Marie-Térèse Little beat councillor Kyara Kahakauwila to become the new mayor. Incumbent John Ranns did not run in the election, deciding to step away after serving eight terms as mayor. 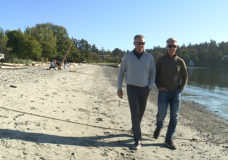 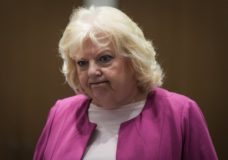