Posted: Oct. 16, 2022 7:22PM
CHEK
WatchWorld Mental Health Day was this week and the Courtnall brothers hope this year's focus of mental health for all will become a reality. Tess van Straaten reports.

For former professional hockey players Bruce and Geoff Courtnall, raising awareness about mental health is a cause very close to their heart.

“Our family suffered greatly with the tragedy of our dad committing suicide and I think now we’ve made it one of our main priorities to raise as much money and awareness for people in B.C. and around the country,” former NHL player Geoff Courtnall says.

“It was just a huge loss,” says Bruce Courtnall, who was just 10-years-old when their dad, Archie, died. “You go to school and your friends know you lost your father and they don’t know what to say. We didn’t speak of it. We were that family that held it in.”

“Back then, I think it was shameful and we felt it was something we just wanted to hide,” Geoff adds.

Geoff finally broke his silence during the 1994 Stanley Cup playoffs.

“A lot of people didn’t know,” Geoff says. “It probably helped my family a lot because we all came together and had a big release.”

Along with brother Russ, they started fundraising almost 20 years ago to open Royal Jubilee Hospital’s Archie Courtnall Centre, which has seen more than 60,000 patients come through its doors.

“It’s been just great to get out and help as many people as we can and there’s so many to help and the bigger thing is talking about the stigma and getting people to talk and open up and I think it’s come a long way since we started in ’03,” Bruce says.

But there’s still a lot of work to do, which is why the re-ignited Courtnall Society for Mental Health is now focused on raising money to give grants to organizations that are helping people who are dealing with mental health issues.

One in five Canadians will experience a mental health problem in any given year and by age 40, about half the population will have had an issue.

And that’s why the Courtnall’s keep sharing their painful story, in the hopes it will encourage people to get help.

“It’s very difficult to think about and talk about but if I can save one family from going through what we went through and what I went through personally, then it’s all worth it,” Geoff says. 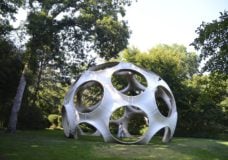 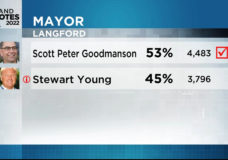