Graham Hafey makes some adjustments to his outdoor patio at the V2V Black Hops Brewery in Langford, after the province made some regulation changes for outdoor dining spaces.

“We’re trying to do our best, we don’t want to see the spread of COVID,” said Hafey, the owner and CEO of the brewery.

On April 23, the province implemented some new guidelines for restaurant patios in an effort to increase airflow in these areas.

But those in the industry say the guidelines are convoluted and confusing.

“They wrote it in a way that needs an engineering degree, frankly, to understand it,” said Ian Tostenon, president of the British Columbia Restaurant and Foodservice Association (BCRFA).

Tostenson says the association found out on Friday, April 23 at around 5:30 p.m. about the new regulations, and that by the next morning, Liquor and Cannabis Regulation Branch (LCRB) inspectors were visiting B.C. restaurants, ensuring these were being followed.

One of those restaurants was V2V Black Hops Brewing.

“They kind of came in through the windows as it were, enforcing something that I didn’t know about,” said Hafey, who said he was completely blindsided by the new information.

“There were talks about shutting us down and giving us fines.”

The guidelines are written up in an online document, and the province says it’s up to the inspectors to use it to “guide their interpretation” for enforcing the rules.

Right now, Hafey is waiting for government funding. He applied weeks ago but still hasn’t seen any money.

“We have to pay rent on Monday. So it worries us that if we get anything in terms of a fine, we’re so close to the line right now that will effectively shut us down,” said the brewery’s owner.

RELATED: Local brewery ‘on the verge’ of closing after losing out on government support due to clerical error

Hafey says although he understands why airflow is needed, the lack of communication from the province and punitive measures are another slap in the face when B.C. restaurants are already stretched trying to follow the rules. He also says it’s ridiculous that the rules don’t seem to apply to everyone.

“Somehow, you can dine in on the cafeteria on the [BC Ferries],” said Hafey. “It’s really frustrating and unfair, so here we are under the microscope. We’re being policed or enforced, having people breathing down our neck.”

In an emailed statement, the Ministry of Safety says, “LCRB Inspectors are always available to help licensees and work with them to help them understand.”

The BC Restaurant and Foodservice association says B.C. should clarify the patio requirements, and use carbon dioxide monitors to ensure these spaces are getting proper airflow.

But the BCRFA says the real solution, is more funding.

“We need the government to focus on getting money into the hands of small businesses as fast as they can, that’s what’s really going to help,” said Tostenson.

For now, these restaurants are working hard, hoping for a packed and safe summer. 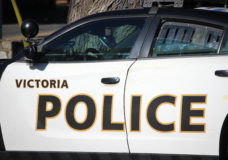 Man carrying weapons returns to hospital where police once shot him, gets arrested again 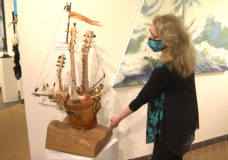