Posted: Dec. 13, 2019 6:46PM | Last Updated: Dec. 13, 2019 6:47PM
CHEK
WatchAs of Sunday, both major and smaller airlines will be forced to compensate customers whose flights are delayed or cancelled. On the surface it seems great but actually recouping the money could be a little more complicated.

It’s a dilemma many travellers have been faced with, arriving at the airport only to find out their flight has been delayed or cancelled.

Travellers are then left scrambling for solutions.

“We went through immigration and we were stuck in the departure lounge with no information, no Air Canada, nothing, and we left about four hours later,” said Victoria resident Barbara Macdougall who recently had a delayed flight.

But as of Dec. 15, new federal rules mandating compensation for delayed and cancelled flights will arrive in Canada as the second and final phase of the country’s new air passenger regulations.

Phase one, which included compensation for overbooked flights and lost luggage, came into effect on July 15.

“Our goal was to move forward with both phases of the air passenger protection regulations in place. For airlines and for travelers, I am pleased to say that we have achieved that goal,” said Transport Minister Marc Garneau.

But there’s a twist. Any cancellation or delay caused by weather or mechanical issues will not result in compensation.

“We think that’s a loophole that the carriers may take advantage of,” said Canadian Automobile Association spokesperson Ian Jack.

It was the Canadian Automobile Association who consulted on the regulations on behalf of customers.

“The carriers have always said that they’ve had their own internal policies and that they do compensate people under some circumstances. If that’s true, they shouldn’t really be paying out much more now than they were before,” added Jack.

A fine of $25,000 will be given to any airline that violates the rules. 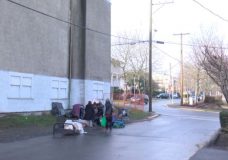 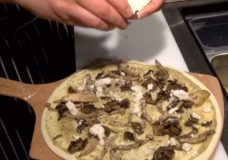