Nanaimo’s mayor is reopening the debate about having some people with extreme mental health issues institutionalized.

Nanaimo Mayor Leonard Krog says it would be a compassionate alternative for those homeless and severely mentally ill, instead of letting them die on the street.

It comes as the city’s homeless population, estimated at 600-800, is increasing.

Nanaimo’s mayor calls it a crisis and he says the provincial and federal governments should take immediate action.

“Many in that population are suffering from mental health and addictions issues combined. A certain number of them should be institutionalized for their own protection and their safety. This comes from a place of compassion. It’s not a desire to have people locked away and forgotten about,” said Krog.

He’s calling for an institution like Riverview, a former psychiatric hospital in Coquitlam, to be opened to house those with extreme mental illnesses.

A lawyer who advocates for people who have been committed to BC hospitals and treated against their will says it flies in the face of United Nations conventions.

“To suggest that we as a society can’t offer those services and support in the community and instead we’re going to take a small segment of our society and isolate them and segregate them from the rest of us is deeply problematic. I don’t know who it benefits? It certainly doesn’t benefit those people,” said Laura Johnston, from the Community Legal Assistance Society in Vancouver.

But Krog is unconvinced.

“Is this what a compassionate society for its fellow citizens does? Just ignore them and suggest that institutions are terrible, terrible places and that therefore the alternative is to allow them the freedom to die on the streets? I don’t think so.”

BC’s Minister of Mental Health and Addictions says proper support wasn’t in place for patients when Riverview shut down.

But Darcy says there are no plans to change the Mental Health Act which allows a doctor to authorize an involuntary admission to the hospital. 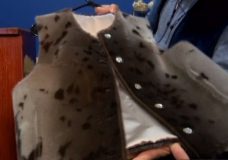 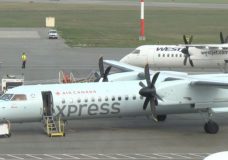