The Greater Victoria Harbour Authority says the incident happened just after 4 p.m. and caused damage to both the vessel and the concrete structure.

The new ship, the Sir John Franklin, has not yet been handed over to the federal government as it is being tested and is in the hands its builder Seaspan.

We’re pleased to announce that sea trials for Offshore Fisheries Science Vessel 1 for @CoastGuardCAN are now underway & that OFSV1 has surpassed its target speeds during trials. Stay tuned for more updates as we continue to test the systems on this critical research vessel. pic.twitter.com/roIWDQxe7R

It hit the around 100 metres away from the lighthouse on the inward side of the breakwater, chipping some concrete and destroying six brand new nesting boxes for Pigeon guillemots. 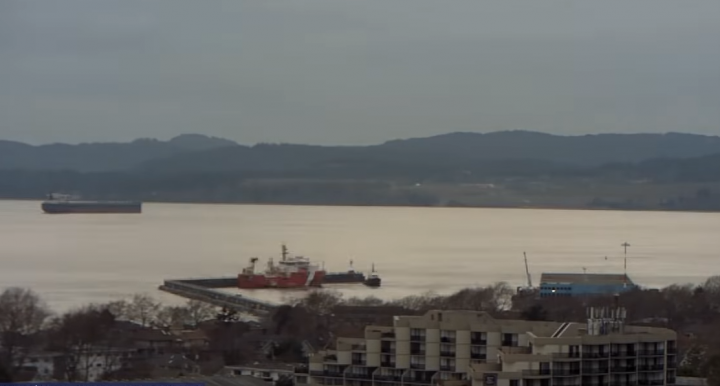 There were no injuries during the incident.

“We are waiting to hear an official report and see what Seaspan will have to do,”

The harbour authority believes that the breakwater is structurally sound as only the top layer of concrete in a small area was hit, but will be sending in divers to further inspect the damage.

They will also replace the nesting boxes.

Seaspan Shipyards and Transport Canada have not yet responded to requests for comment.

The ship was built in Vancouver and launched in December 2017. Classified as an Offshore Fisheries Science Vessel (OFSV), it is part of the federal governments National Shipbuilding Strategy.

Congrats @Seaspan for completing a major step on the first Offshore Fisheries Science Vessel to launch under #NSS. The future CCGS Sir John Franklin is on its way to #Victoria for final work before it joins our fleet. pic.twitter.com/rFiuoS5qWu

Seaspan will be building 17 vessels for the Canadian Coast Guard and Royal Canadian Navy.

Three OFSV’s are planned to be built by the company. The federal government says they will act as floating laboratories used to perform scientific research and ecosystem-based management, contribute to Canada’s stewardship of fishery and ocean resources and replace the aging Canadian Coast Guard Ships.

The Sir John Franklin was expected to be delivered to the Coast Guard in June.

The first of three new Offshore Fisheries Science Vessels, the future CCGS Sir John Franklin is expected to be delivered to the Canadian Coast Guard by the end of June 2019 once builder’s trials are completed. 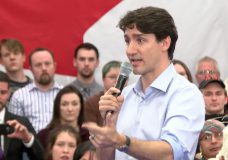 Federal byelection in Nanaimo-Ladysmith on May 6th 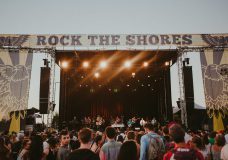 Rock The Shores not coming back for 2019