WATCH: In Mill Bay, one person has been shot and killed by police after an incident at a mobile home park. Police say the victim came at them with a weapon. We heard from friends of the victim and neighbors who heard the gunshots. Luisa Alvarez has more

At the hands of police, a man lost his life inside his home in the Cedar Creek Mobile Home Park near Mill Bay Saturday.

“We heard four pops it sounded like firecrackers or something and the cops were running back and two ambulances showed up,” said neighbour Jordan Seward.

The independent investigations office of B.C. has been called in. It’s protocol in any situation where the actions of police lead to someone getting seriously injured or killed.

“Our job is to determine what happened and then at the end of the day decide whether the matter ought to be referred to the crown for consideration of charges against the police involved,” said Chief Civilian Director and IIO Spokesperson Ron MacDonald.

According to Shawnigan Lake RCMP, they were following up on an assault investigation and had entered the home with the intention of arresting a man in connection with the incident. Inside, they were met with a man who charged at them with an edged weapon. Officers tried to use a taser but when that failed had to shoot.

The victim who died in the hospital is being identified by neighbours and close friends as Chris Bloomfield. He lived in the residence with his mother.

“It was shell shocking I always enjoyed his presence he was a great person,” said next-door neighbour April Camminde.

Close friends who did not want to be identified say the whole situation doesn’t add up.

“I just want people to know that he was assaulted and he wasn’t the one doing any kind of assaulting he would never ever come at anyone with anything sharp or he’s just not a violent guy in any way shape or form he’s just not that way just a loving sweetheart.”

But neighbours paint a different picture.

“He was involved with the police and getting into trouble and the drugs,” said Seward.

Others who live in the mobile home park say at times he wasn’t himself and they had even witnessed him in the past get violent.

His friends maintained that wasn’t the Chris they knew.

“There is no way he would ever be that way he was never violent with anybody that I know ever.”

It’s now in the hands of the IIO as a completely separate entity from the police, they will conduct their own interviews and have their own experts look at the evidence to determine if the shooting was justified.

The investigation could take months to complete. 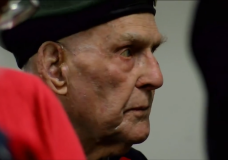 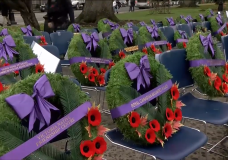