Neighbourhoods and density at centre of public hearing August fourth

In many Victoria neighbourhoods single family homes dominate, but a motion being considered could see more “missing middle” options like townhouses in low density neighbourhoods.

Neighbourhoods with more density are necessary, according to housing advocate Luke Mari with Arzye Developments.

“We need to ask ourselves as a city, our population is growing. We’re not closing the ferries, or the airports. Where do we think these people are going to live?” Mari asked.

The Missing Middle Housing Initiative is moving to a public hearing Aug. 4.

It means homeowners, or developers don’t have to go through time-consuming process of a public hearing for density changes to single-family homes.

READ MORE: Some things to know ahead of the Missing Middle Housing public hearing

But some, like Bob June, a director on the Rockland Neighbourhood Association, think the changes are coming too quickly.

“This has to be more carefully thought through than a simple blanket policy,” June said. “I would like to say that what we have done is we’ve reached a point now with this latest proposal before council, we could go out citywide, and have an informed discussion.”

The average cost of a home in Victoria is well over one million dollars, which is out of reach for many families.

Advocates say it’s time for a change to how housing is developed.

“I think they are absolutely moving in the right direction,” he said.

Missing middle is just one piece of the housing puzzle towards more supply, according to Lamontagne.

“This is the direction we’re all going, cities across North America,” he said, noting Edmonton implemented a similar policy in 2019. “And if we do not, provincial and state governments are going to push it on local municipalities. So I’m really happy to see that Victoria is ahead.” 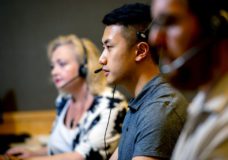 'This lifeline is in crisis': 911 operators union raising alarm about understaffed service 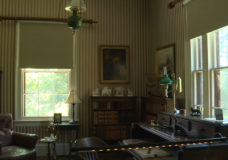