A historic Victoria museum and one of the oldest homes in the capital city is fighting to keep its doors open.

Point Ellice House along the Gorge waterway is home to one of North Americas largest collections of late Victorian artifacts.

But the house is more than just the objects found inside, the walls are rich with stories; stories that might not be heard if the museum is forced to close its doors due to a lack of provincial funding.

Every year the group that runs the property receives $80,000 from the provincial government to operate, but Black stresses that amount is not nearly enough.

“With a pandemic, with inflation, rising cost of living, precarious housing, it’s really hard to keep this place open and going,” he adds.

“We are a very long way away from what it even said we should get 15 years ago,” adds Black.

In 2021, the Vancouver Island Local History Society wrote a letter to the province requesting long-term sustainable funding, but has not received a response.

Now, the City of Victoria is getting involved. Coun. Ben Isitt is urging the city to put pressure on the province to step up.

“For both economic development but also environmental and cultural reasons I think we should be advocating for this kind of support,” said Isitt in a committee of the whole meeting on July 28, 2022.

Victoria Mayor Lisa Helps will write a letter to the province asking for financial support, not just for the Point Ellice House, but for all provincially owned heritage sites.

Point Ellice House was built in 1861 and purchased by the Gold Rush commissioner Peter O’Reilly in 1867.

O’Reilly’s family lived there for 108 years and when they finally moved they left behind nearly 16,000 artifacts. 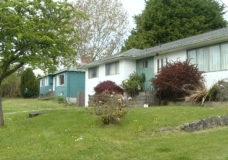 Neighbourhoods and density at centre of public hearing August fourth 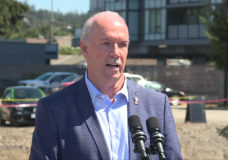