‘Dodged a bullet but not by much’: Needed rains arrive for Vancouver Island salmon spawn

Anderson Joe is on the edge of his seat, waiting for salmon to begin moving up the Cowichan River.

The 66-year-old has spent a lifetime spearfishing the river behind his home, but in all those years he has never had to wait as long as he’s had during this year’s record drought for the salmon to journey back.

“No rain at all and it’s dry. All the fish are stuck in the ocean down there,” said Joe, a member of Cowichan Tribes.

Friday brought the first measurable precipitation of fall to the Cowichan Valley.  It comes on the heels of the driest September on record, then record-breaking heat into October, causing rivers to run lower and warmer than usual, just as salmon prepared to spawn.

“I was happy to see rain. I wish it would pour down instead of like this. We need a good downpour,” said Cowichan Tribes member Dwayne Joe.

According to the Department of Fisheries and Oceans, the Cowichan River’s threatened Chinook salmon run has fared far better than runs elsewhere — especially considering the die-off of salmon in the Neekas Creek near Bella Bella, due to low water.

A fish counting fence in the Cowichan River, a joint project between Cowichan Tribes and the DFO, has already recorded enough salmon to ensure the run’s survival.

“Certainly Cowichan’s doing a lot better than it was even 10 years ago so back as recently as 2009 we kind of hit the low point in the run. We had 1000 fish through the fence so, this year we’re already at 6,500 and the run’s not even complete yet,” said Kevin Pellett, lead biologist for stock assessment with the DFO.

“And I think if we see that big rain before the end of the month that will bring all the water levels right back up again, I think we’ll have dodged a bullet, but not by much,” said Pellett.

Once in the Cowichan River, salmon have a 40-kilometre journey before they reach their spawning grounds near Lake Cowichan. A race against time that according to Fisheries & Oceans, the fish could complete within a day. 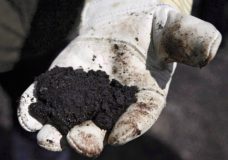 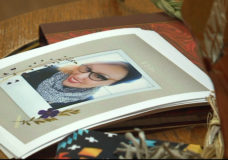