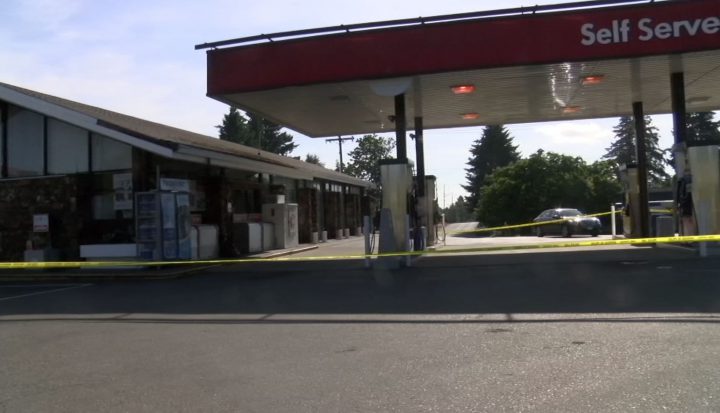 Police tape around Petro Canada on Terminal Ave in Nanaimo. The suspect of an attempted robbery Saturday night suffered life-threatening injuries after he nearly severed his arm from a shattered garage bay door window. File photo.

Police say a 28-year-old man is recovering in hospital from his injuries.

Officers responded to a call from employees at the gas station to a man that had entered the business, grabbed the till and then ran to the door after pushing past the clerk.

The suspect appeared to be under the influence of drugs or alcohol and ran into a glass door on his way out.

He threw the till at the door and then punched it and continued to walk outside and punch the garage bay doors.

Police say that caused the window to shatter and the broken glass nearly took the suspect’s arm off.

The man collapsed and two women and a man jumped in to help and used a bungee cord for a tourniquet to apply pressure to the injured limb.

When officers arrived, they re-applied a different tourniquet and the man was later taken to hospital by paramedics.

Police say the man is expected to stay in the hospital for an unknown period of time and faces charges of robbery and mischief.

The stolen till was recovered in the parking lot.

RCMP are praising the three individuals who initially helped after the man suffered his injury, saying they will be recognized by police in the near future for their “heroic actions”. 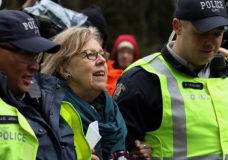 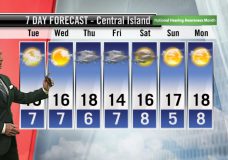 Ed's Forecast: Cloudier cooler days for the rest of the week