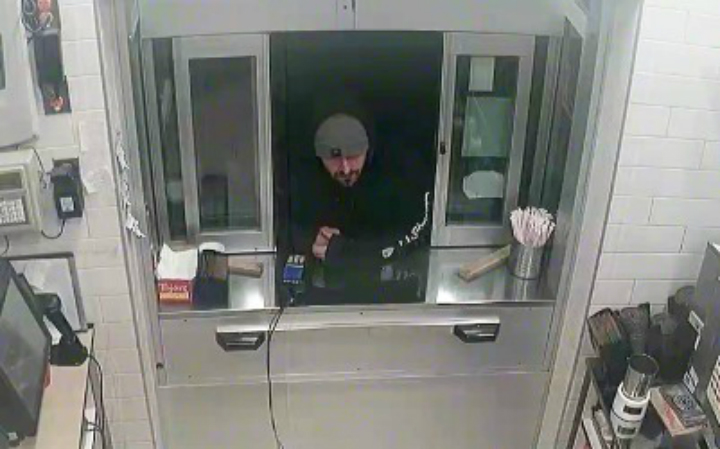 Police are looking for this man after an attempted robbery at a Tim Hortons in Nanaimo.

Nanaimo RCMP are looking for one suspect after an attempted robbery at the Tim Hortons on the Island Highway.

According to police, at around 12 a.m. on Nov. 29, a man showed up at the drive-thru window at the Dickinson Crossing location while on foot. He allegedly brandished a knife and demanded cash from the till.

The Tim Hortons’ employee did not give the man any money and the suspect left on foot.

The suspect is described by police as a white man, 35 to 40-years-old, heavy set with a moustache and a goatee. He was last seen wearing a grey toque and a black jacket with distinctive white lettering along the left sleeve. Police have provided a surveillance photo of the suspect. 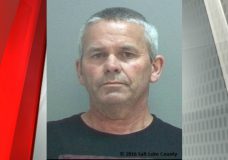 Nanaimo man caught smuggling 31 kilograms of meth in the U.S. sentenced to 11 years

One man sought after bank robbery in Nanaimo