Posted: Jan. 18, 2022 5:56PM
CHEK
WatchA report of shots fired at a Nanaimo property yesterday has turned out to be a mistake. Kendall Hanson has more.

A report of shots fired at a Nanaimo property yesterday has turned out to be a mistake.

Early Monday morning, numerous police officers arrived at the property with guns drawn but after arresting six people and questioning them police have determined there were no gunshots at all.

A video posted to YouTube shows just how serious police were taking the report of shots fired when they arrived at a Hillcrest Avenue home early Monday morning.

“We had a lot of police officers respond. They went into the home. They removed six people, arrested them and searched them all. We didn’t find any weapons but the search continued from there. All six people were interviewed independently and we determined at the end of the day there was no firearm involved and it may have been someone simply pounding on a car,” said Const. Gary O’Brien, media spokesperson with Nanaimo RCMP.

But one person living at the house says the police overreacted.

“My girlfriend and I were sleeping and next thing you know we were called out by the cops with microphones, SWAT teams and canines. It’s just unbelievable,” said Zachary McLean.

McLean says he was supposed to be moving out that day and some friends had been over the night before for a few drinks. He also says he is the last of four roommates to leave after their landlord gave them notice several months ago they’d have to move out in January.

“There were a few parties on New Year’s there and that’s what all the graffiti is from because it’s getting torn down. It’s getting built into these places I’m pretty sure,” said McLean pointing across the street at the higher density apartments.

McLean says he feels it was unfair he was held at the RCMP detachment for eight hours while he missed a job interview plus time he was planning on packing and moving out.

“It’s wrong. Totally wrong and they beat the crap out of me too, like knee bombs and everything. I got really sore ribs,” said McLean.

“We’ll take as many resources as possible to safely deal with the situation and that may cause people to be interfered with their daily habits. We arrested six people. That’s significant but we had to ensure that the public was safe,” said O’Brien.

Mclean says he’s considering his legal options. Police say people always have the right to complain if they feel they’ve been treated improperly. 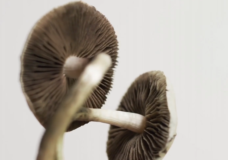 Psychedelics approved for medical use in Canada a 'step in the right direction' but not far enough, say experts 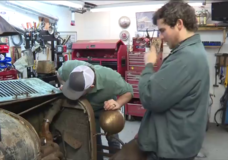