WATCH: Nanaimo dentist San Mahara who grew up in Kathmandu was in Nepal when the ground shook violently in April 2015. Ever since then he has been raising money for a new school. Ground was broken for the school last month.

He was in another part of Nepal at the time doing charity work with the Nanaimo Daybreak Rotary Club but rushed to Kathmandu as soon as he could to check on family he has living there. His family was okay, but the entire region was devastated and what shook him the most, was the impact the quake would have on school children.

“News came in saying there was one million kids who were out of the classroom,” described Mahara. “Their class was either completely destroyed or completely non-usable.”

Many of the children were forced to go to school in outdoor classrooms.

“And the one million kids who were out of school was a huge thing for me,” added Mahara.

So he set out to raise money and within three years of the quake he had raised $60,000 US selling t-shirts and organizing hikes up Mount Benson and walks around Westwood Lake in Nanaimo where he now lives.

That was enough money converted to Nepalese rupees to build a new seismically safe school.

Ground was broken on a new school in Kathmandu last month that will be big enough for about 300 students.

However he’s not finished raising money. He says there are still so many vulnerable people in Nepal that need help, so he’s now planning another fundraiser, a hike up to base camp on Mount Everest.

You can find some information about it here. 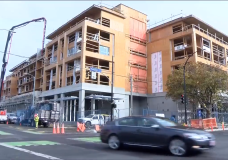 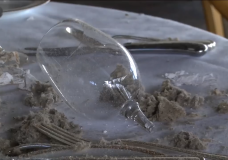