A Nanaimo man who has survived three different types of cancer most recently prostate cancer is giving back and offering support to those with similar struggles.

In his detailed online memoir, Don Hegelson writes about the day he learned his prognosis.

“The first thing I thought of was what is the next couple of years going to look like. Am I going to be around? My kids, my granddaughter, my family, friends, everything just goes through your head,” said Helgeson.

The 52-year-old had already survived colon cancer and melanoma in his younger years but after recently retiring from the RCMP he got blood test results in September 2020 that he may have it a third time.

“It was during that time that I realized that there weren’t a lot of people my age dealing with prostate cancer and I really wished at that time that I had an opportunity to talk to somebody my age just to bounce some ideas off of,” said Helgeson.

He turned to a relatively new group called Man Up to Cancer as he navigated treatment options. He says the help he received was extremely beneficial.

Now with several cancer-free tests, Helgeson is wanting to give back. He’s one of 18 men, three in Canada now helping to lead Man up to Cancer and trying to get their message out.

“You are not alone and there are other men dealing with the exact same thing and men who are probably your age,” said Helgeson.

There are numerous resources, including podcasts and newsletters and there are now close to 1,400 members.

Another member says it’s great to have mentors like Helgeson onboard.

“For him to stand up and come into the group and say I need support and then turn around and offer that support to other men is pretty incredible,” said Joe Bullock, Man Up for Cancer’s Lead Administer for their Howling Group.

Helgeson says the reoccurrence of prostate cancer is quite high but with a community around him he takes comfort, and he hopes others will too, in knowing other men who have been on the same journey are willing to talk and support him. 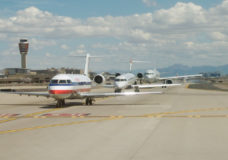