Business owners in downtown Nanaimo are speaking out as more drug use and social issues surround the area.

Lainey Pires and her daughter opened a new record and witchery store downtown on July 1, and even though they knew the area had its troubles, they never expected the impacts would be so great.

“It’s a really sad sight to see on a daily basis and it really was a shock to our system to experience this moving to Nanaimo moving downtown and opening our business. We never would have thought it would’ve been to this degree,” said Pires.

A couple of weeks ago, they posted a video to social media of what they find around their store when they first arrive most mornings.

“It’s continuously plugged up with people lying down with people smoking crack, spread out all over the place. It’s been challenging getting people in the door and hearing from them as well that that’s the reason why they’re scared to come to our store,” said Pires.

A neighbouring art supply store has been in Nanaimo’s downtown since 2014 and the owner says business is down about 25 per cent due to increasing social issues.

“It’s really tough. I lose sleep. Business is affected by it. Fortunately, there are still lots of people who come down so we’re not failing,” said Willow Friday, owner of Iron Oxide Art Supplies.

Both store owners say the provincial government needs to do more to address the drug addicted and mentally ill.

“I would like to see involuntary facilities that are truly supportive of people’s recovery from mental health and addiction. I don’t think we’ll get anywhere unless we make it involuntary so they’re not allowed on the streets until certain criteria have been met,” said Friday.

The head of the Victoria Cresent Association echoes their call.

“We’re not getting any results. Businesses, property owners and shoppers coming downtown. We need to help them and we need to help the people on the street too and this is not being helped by the Ministry of Mental Health and Addictions,” said Kevan Shaw, the association’s president.

Both business owners say if they don’t see improvements, they won’t be renewing their leases.

BC’s Mental Health and Addictions Ministry did not respond to CHEK News’ questions regarding dealing with the drug-addicted and mentally ill. It’s been a hot topic in the NDP leadership race, as they decide who will be B.C.’s next premier.

In August, a pregnant woman was assaulted with a brick while shopping in downtown Nanaimo and her husband spoke with CHEK News about the incident. 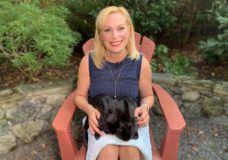 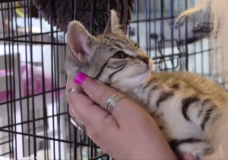