Nail spikes in Fairy Creek timber could have been deadly: Teal Jones

Teal Jones director of Indigenous partnerships and strategic relations, Conrad Browne, said timber taken from trees in the Fairy Creek watershed were hammered with nail spikes resulting in damage to a saw.

“It went through our process, and literally almost killed our sawyer. We’re very, very fortunate not to have something very dramatic, and traumatic happen in our mill on Monday morning.”

Browne said employees monitor the logs before they are processed because so many are spiked with nails from the Fairy Creek watershed.

This is the first time, however, that a log spiked with nails made it inside.

Timber spiked with a nail can cause catastrophic damage to equipment, and is potentially deadly to anyone close by.

Browne said they were able to trace the origins of the tree back to a location near a protestors’ camp.

“Within about three hours, we were able to trace all our documentation right back to a specific cut block to where the protestors were not only adjacent but were actively in last summer.”

Fairy Creek protests and blockades may be a thing of the past.

On Wednesday, a B.C. Supreme court extended an injunction prohibiting any protests or blockades from Fairy Creek.

Justice Douglas Thomas found that Teal Cedar is entitled to log old-growth forests, and extended the injunction by a year to September 2023.

Involved in the blockades since the summer of 2020, Kathy Code says the protestors are moving on.

“As far as blockades are concerned, with the gates across the forest roads now, and the security guards in place, makes it really difficult. So we have other places to place our energies.”

The company is continuing its harvesting of trees within Tree Farm License 46 that includes Fairy Creek.

If anyone is found responsible for the nail spiking, they could face $500,000 in fines and up to two years in jail under the Forest and Ranges Practices Act. 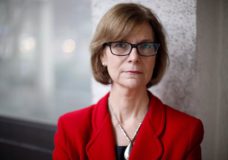 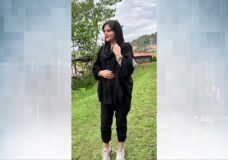 Gathering set to be held at B.C. Legislature following death of Iranian woman