Gathering set to be held at B.C. Legislature following death of Iranian woman

Posted: Sep. 22, 2022 6:22PM
CHEK
Iran is dealing with widespread protests following the death of 22-year-old Mahsa Amini, above, who was arrested by the country’s morality police for allegedly violating its strictly enforced dress code. Iranian authorities say that she died of a heart attack, but her father told news outlets that she had no prior health issues.

Iranians in Victoria are planning to host a gathering in solidarity at the B.C. Legislature following the death of a 22-year old woman while in police custody, which has since sparked protests in the country.

Mahsa Amini was arrested by Iran’s Morality Police at a subway station in the country’s capital on Sept. 13. Allegedly, she violated strict dress code laws by not properly covering her hair. Iranian authorities say that she died of a heart attack, but her father told news outlets that she had no prior health issues.

The country is now experiencing an internet blackout, affecting Iranians in Victoria from contacting their families.

“We are cut from our families, we can’t call them, we don’t know how they’re doing right now,” said Neda.

Neda, among others, will be attending the gathering happening on Sept. 23 starting at 5 p.m. at the B.C. Legislature.

CHEK News has agreed to protect Neda’s identity for the safety of her family overseas.

“This protest is not something that came out overnight, over one incident. It’s been so long that have been fighting for basic human rights,” said Neda.

In a country where radio and television stations already are state-controlled and journalists regularly face the threat of arrest, the paramilitary Revolutionary Guard urged the judiciary on Thursday to prosecute “anyone who spreads fake news and rumours” on social media about the unrest.

Independent experts affiliated with the United Nations said Thursday that reports suggested she was severely beaten by the morality police, without offering evidence.

Amini’s death is just one of many cases of the mistreatment of women in Iran.

“They arrest people for what they wear, for the nail polish, for the makeup that they’re wearing,” said Neda. “If you’re showing a little bit of body, they arrest them for this and beat them.”

Protests have taken place across Canada and around the world, and are the most serious demonstrations since 2019 when the government hiked the price of gasoline.

The U.N. has called for an investigation into the death of the woman. 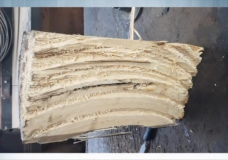 Nail spikes in Fairy Creek timber could have been deadly: Teal Jones 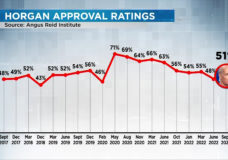