Mr. Floatie, relieved of his duties, marks the day with a special movement

It’s a symbolic day for sewage treatment in the capital region.

One of the most notable, and bizarre, proponents for a treatment system is officially retiring…It’s Mr. Floatie.

The mascot that raised a stink over the capital region’s system of dumping raw sewage into the ocean.

After more than a decade of protests, his creator, elementary school teacher James Skwaro, agreed to step down after the CRD finally adopted a plan to build a treatment facility by 2020.

Today Mr. Floatie was sent by float plane to Seattle for his retirement party.

Washington state objected to the lack of treatment in Victoria, even threatening a tourism boycott.

Victoria Mayor, Lisa Helps said, “It’s a real honour to be traveling today, to be hosted by the Canadian consul general, he found a day in his very busy schedule to host a retirement party for Mr. Floatie. I look forward to putting Mr. Floatie’s costume in a box, never to be seen again.”

Mr Floatie commented, “I’m just part of a large movement, a movement of caring and determined people, who have been pushing really hard to get sewage treatment for Victoria. Now it’s time for me to be relieved of my duties.” 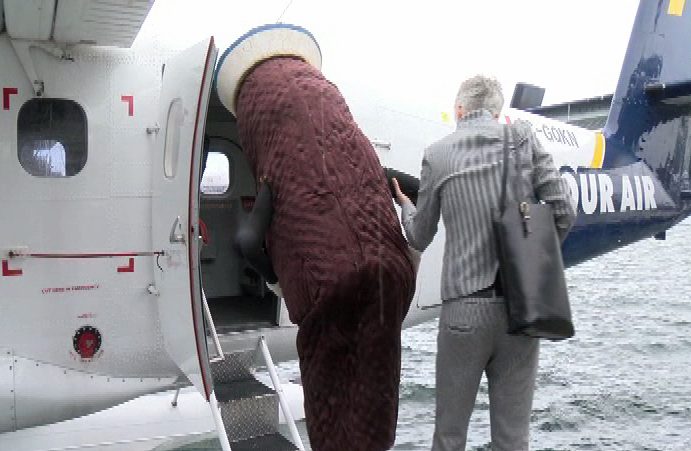 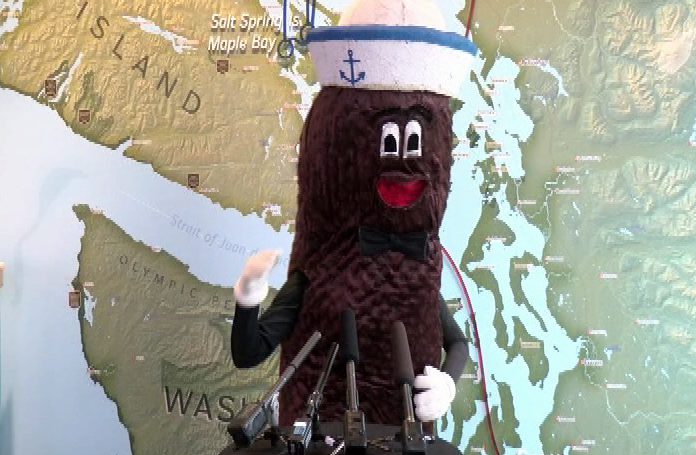 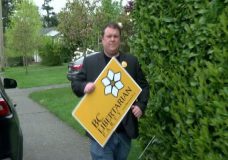 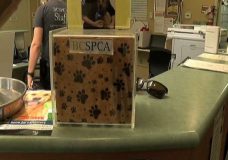