Posted: Jul. 14, 2017 5:48PM | Last Updated: Jul. 14, 2017 6:04PM
CHEK
The Mount Washington Bike Park has now opened two summers in a row as ownership commits to the summer season.
After a long winter the slopes on Mount Washington are alive again as adrenalin junkies on two wheels take over for the summer.
“Oh it’s been great, it’s been a blast,” said mountain biker Owen Stevens. “I love it so much. It’s really, you feel the adrenalin when you’re going down and it’s so exciting.”
The resort has opened the bike park for the second straight summer since new ownership took over the resort. It had been closed for three years before that. There are new bikes to rent and a general excitement about summer activities on the mountain that hasn’t existed in a few years.
“It’s amazing, just the animation that we have especially when we bring back mountain biking, having the bikers here, having the chairlift riders here, having all the families play here, it’s just fun, it’s fun to come to work, it’s fun to see everyone here,” said Mount Washington Alpine Resort Spokesperson Sheila Rivers.
“It’s super exciting getting opening day going it’s going to be awesome,” said Boden Davis moments after he arrived on the mountain for a day of biking.
One couple from Vancouver that usually rides at Whistler decided to spend their anniversary this year riding down Mount Washington instead.
“Ah yeah we just ride at Whistler all the time so we figured we’d come out here to check the Mount Washington Park,” said Ryan Adams.
Visitors like this couple are what local businesses are counting on. The Village of cumberland near the bottom of the mountain will benefit.
Accommodations will do well from the biking crowd as will shops like Dodge City Cycles.
People come here on road trips, they may stay an extra day to go ride at Mount Washington when it’s available, when it’s open during the summer time and it can help out, have a lot of spinoff for businesses, restaurants, hotels, hostel, all that sort of good stuff,” said Sean Manara of Dodge City Cycles.
Summer activities are only a fraction of the bottom line for the resort compared to what’s offered in the winter however officials say with future expansion and new activities they want to bring summer operations up to par with those in the winter. 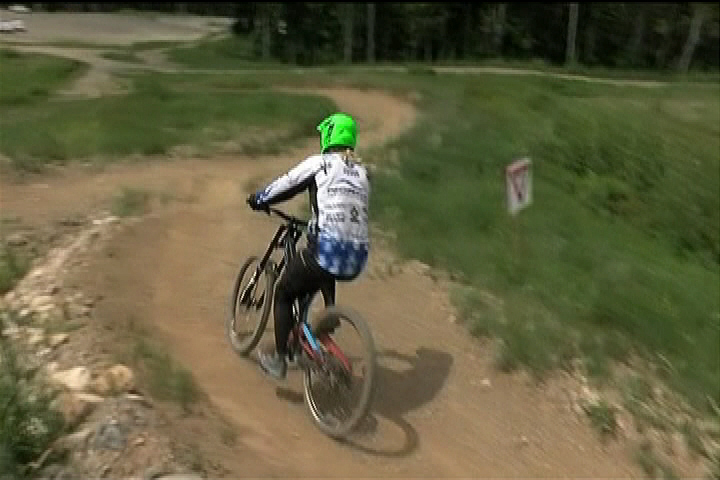 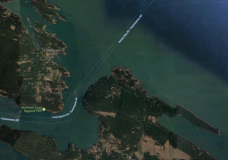 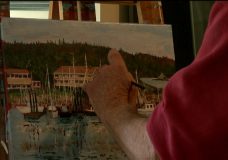 Celebrating 30 years of the Moss Street Paint-In this Saturday