Volunteers are out in force these days trying to kill Scotch broom, one of the most invasive plants on Vancouver Island.

Scotch broom with its yellow flowers can be seen in many places but the Broombusters society is trying to contain its spread.

This year, the organization’s spirits are buoyed as more communities are taking part than ever before.

Joanne Sales started Broombusters in 2006. Since then, 13 municipalities and other communities with help from Broombusters have joined the effort to eradicate the invasive plant. This year there have again been some additions.

“Coquitlam on the mainland, our first community in the Vancouver area, and Sooke joined in and they have great enthusiastic leaders there,” said Sales.

Sales says last year was a record year for volunteers, and as the number of communities involved increases, she hopes there will be new records set.

“We don’t just pick where to go. It’s the community that invites us otherwise you don’t have the interest and the volunteers.”

Their goal is to protect parks, farmlands, and lands that could be reforested. Some communities such as Qualicum Beach have all but rid themselves of the invasive plant, except for under their power lines. In Sooke where the Scotch broom was first introduced to Vancouver Island, some plants are large, but a dedicated group is now cutting it.

“There’s so much broom in large areas that it’s very dangerous for the fire season so that’s just another area where we want to protect our community,” said Laura Black, who organized the new group of Broombusters in Sooke.

And the cold spring is leaving more opportunities to cut broom, which should be cut now while it’s in bloom.

“We’re about a month behind so the bloom is just starting but in previous years this is when we stop because the seed pods would be forming and we stop when the seed pods form because at that point we could possibly spread seeds,” said Sales.

You can find everything you need to know about Scotch broom online at broombusters.org. The society says each plant can produce up to 18,000 seeds so it’s important to not let it spread and kill property values. 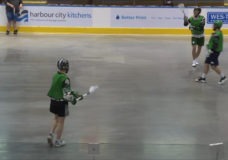 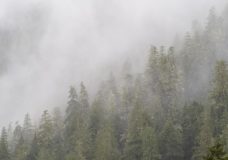