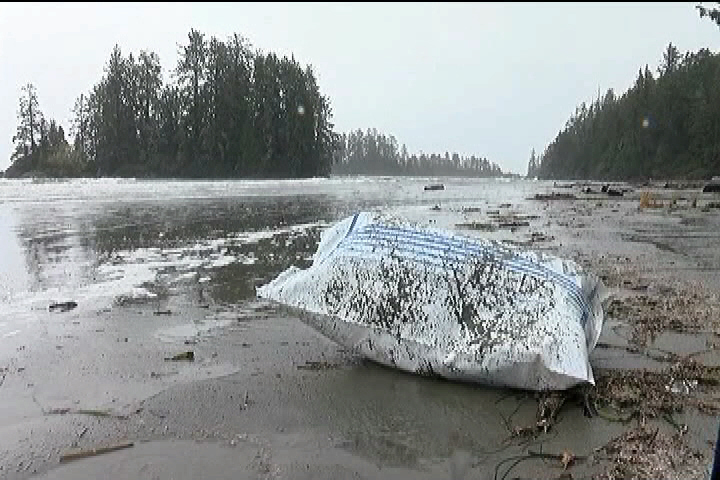 WATCH Omega Pacific Sea Farms, the company responsible for a large spill of plastic bags from a fish farm on the west coast, says the feed bags came from their closed facility in Jane Bay after two storms caused major damage. Dean Stoltz has more.
Volunteers on the Vancouver Island’s west coast have been busy for the last couple of weeks clearing plastic bags from beaches that came from a local fish farm. “These bags had already spread all across the Pacific Rim. We?re finding them on Chesterman Beach, Comber?s Beach, here on Esowista, Florencia, so by that time it was really hard for the team to do an assessment and then go and clean it up. By that time it was so widespread,” said Lilly Woodbury of Surfrider Pacific Rim. “It?s disheartening, very frustrating,” said Terry Dorward, project co-ordinator for Tla-o-qui-aht Tribal Parks. “We?ve had to deal with pollution a number of years from fish farms.” The bags are feed bags that came from a fish farm in Jane Bay in Barkley Sound. It’s owned by Omega Pacific Sea Farms but has been shut down for about the last five years. Omega Pacific Sea Farms’ Bruce Kenny released this statement: “As an aquaculture operator in the area, Omega Pacific Sea Farms is concerned about a report from Parks Canada that a number of empty plastic feed bags have been recovered from the shores of four islands in the Broken Group. Our Jane Bay farm in Barkley Sound, which has been at this location for over thirty years, has recently been battered by successive storm events with the first storm occurring on October 18th, partially sinking our barge. The Canadian Coast Guard attended and determined the incident to be of low environmental risk. As we were in the process of developing a salvage plan, a second storm on November 6th caused further damage. After this storm, a number of feed bags were recovered from Jane Bay by our staff and caretaker and placed in empty fish totes all tied and secured onto a cement storage float. This is an unfortunate event and we want to thank the efforts of those who have helped retrieve additional aquaculture bags from beaches and the environment we all care about.” 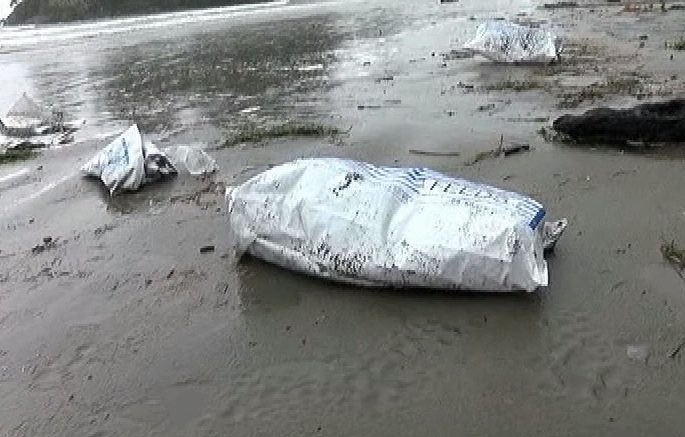 The Canadian Coast Guard says it has picked up about 3,000 bags. Parks Canada also issued a statement which said the debris, which includes plastic bags, a roof, part of a wall, and other miscellaneous items, appear to be connected to a reported incident that involved a lost structure that fell off a barge in Jane Bay in October. “Parks Canada takes this issue very seriously. As soon as we became aware of the debris, Parks Canada removed approximately 2,000 bags from the four inner islands. An additional 1,000 bags and miscellaneous debris have since been removed. As weather permits, Parks Canada will continue inspecting the islands and removing debris with support from the Canadian Coast Guard. Furthermore, we are planning a more formal clean-up effort in the national park reserve in collaboration with First Nations, community groups and other federal departments.” read a statement from Parks Canada,” the statement read. Jeremy Dunn of the B.C. Salmon Farmers Association says the bags are not reported to him initially but that the industry is eager to help in the cleanup. “I would?ve hoped that I would?ve found out about that sooner so the industry could?ve helped with the cleanup sooner,” said Dunn. “Our members. especially Cermaq and Creative Salmon. have been very forthcoming in their interest in helping to clean things up. It?s really an unfortunate situation and one that shouldn?t have happened and one that certainly could?ve been cleaned up a lot sooner.” 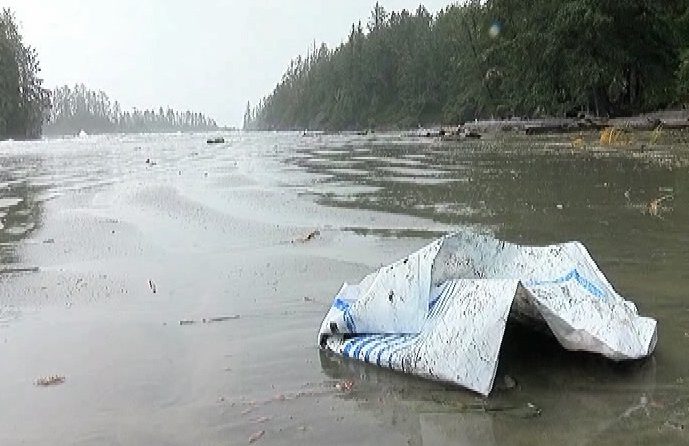 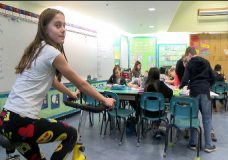 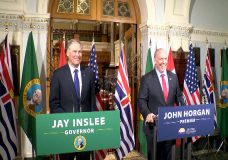