Some flights were delayed at Victoria Airport after a vehicle entered an area for planes.

Witnesses say they heard a loud crash as an individual used a minivan to crash through the security fence at around 10:30 a.m. and then drive onto the tarmac — the area where planes load and unload passengers — at Victoria Airport Saturday.

BC RCMP say airport emergency crews, including an airport firetruck, were deployed and RCMP were called to the scene where police were able to box the vehicle in and make contact with the driver.

The driver was pulled from the vehicle by police and taken to hospital for medical examination, according to BC RCMP.

They say there were no injuries in the incident and no further damage was caused aside from the fence.

Some flights were delayed because of the incident and there was a small interruption to the flight schedule, according to police. 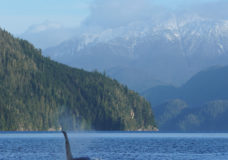