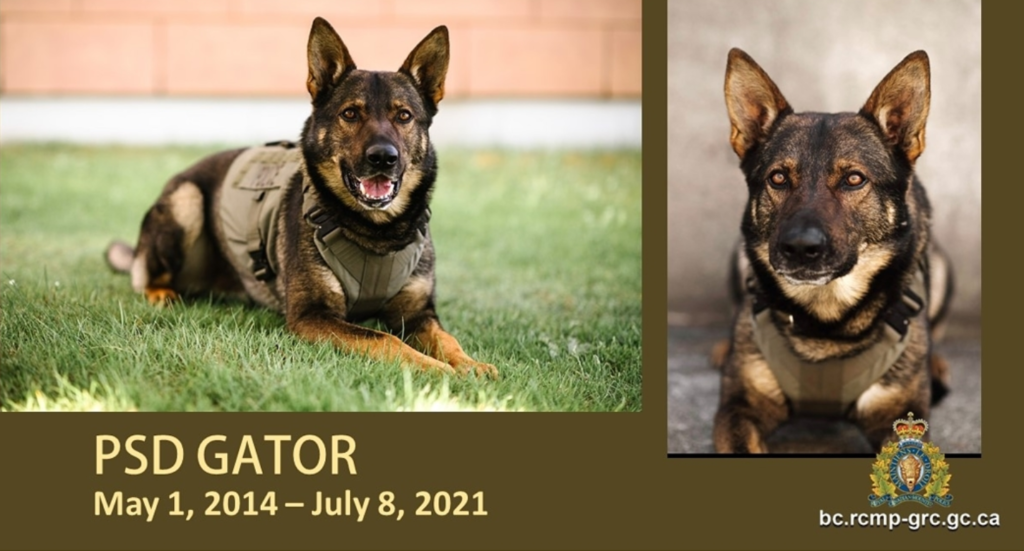 A memorial is growing for Gator, the police canine stabbed to death during an incident that resulted in a suspect being fatally shot by RCMP in Campbell River.

Mementos were left in front of Campbell River RCMP’s detachment on Dogwood Street Friday including flowers, toys and a small wooden doghouse.

A memorial is growing in front of ⁦@CampbellRivRCMP⁩ today in memory of police dog Gator who was killed in the line of duty yesterday in #CampbellRiver. People arriving with flowers and toys are emotional about the loss. ⁦@CHEK_News⁩ pic.twitter.com/8tig53lDmg

On Thursday morning, Gator was killed in a confrontation with a suspect outside the Willow Point Tim Hortons.

An officer attempted to stop a vehicle connected to an outstanding warrant, but the vehicle fled instead, according to an RCMP news release.

The officer notified dispatch and other Mounties in the area and the suspect vehicle was later found in a Tim Hortons parking lot in the 2000-block of Highway 19A.

After an officer boxed in the suspect vehicle and deployed the police dog, Gator was stabbed and killed. The suspect was shot and pronounced dead at the scene, RCMP said. A police dog handler also sustained a knife wound in the incident.

The RCMP publicly mourned the loss of Gator in an Instagram post commemorating his service. A police procession was also held along Highway 19A Thursday night.

A post shared by RCMP in British Columbia (@bcrcmp)

RCMP said Gator was born May 1, 2014 and spent his entire service with the same partner and handler.

“Gator was involved in a variety of files including finding a distraught man in a snowfall and helping with the arrest of a knife-wielding man who robbed a store. He was even named Campbell River RCMP’s Mountie of the Month,” the post said.

The Independent Investigations Office, B.C.’s police watchdog that probes all police-involved incidents resulting in serious injury or death, is investigating the shooting. 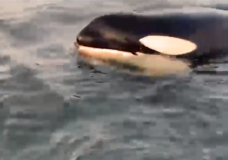 Islanders get rare close-up encounter with a pod of orcas 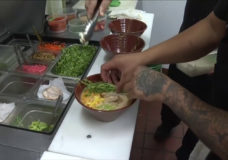