Posted: Mar. 25, 2020 8:15PM
CHEK
WatchDan Saliken says the federal government should pressure the banks into passing on the recent interest rate cuts to all mortgage holders.

A Maple Bay landlord says Canada’s big banks aren’t doing enough to help their customers survive the pandemic. He says their offer to defer mortgage payments will do little to help and he wants the federal government to push for a reduced interest rate for all mortgage holders.

Dan Saliken says paying a mortgage both on his property and on a rental home he owns in Sooke has he and his wife worried.

“We’re not even sleeping the last few nights.”

Between his home and the rental home mortgages, insurance and taxes he has a $5,500 payment each month and he fears his tenants might not be able to pay their rent.

Saliken says today’s provincial ban on evictions just adds to the pressure on landlords who need their tenants to make their monthly payments.

“If something happens with my tenants, they don’t meet their obligations and I don’t meet my obligations than my whole house of cards so speak starts to unravel pretty fast and I could see a collapse of the middle class.”

Saliken has a fixed mortgage at 3.4 percent interest rate but in light of the recent drops to the Bank of Canada prime lending rate, he thinks the federal government should order a directive to pass on the cut to all mortgage holders.

“This is something that would alleviate the pressure on everyone and actually not cost anyone any money.”

A financial analyst says, while interest rate drops have been passed onto variable rate mortgage and line of credit holders it would be more complicated for the federal government to force banks to do more.

“They can pressure the banks all they want to but it’s hard and they have to be careful how much they want to intervene in the private sector,” said Robert Levy, a Financial Analyst. He says the banks “want to make sure they’re adequately compensated for the risk they’re taking extending credit to borrowers.”

Saliken says homeowners need help too and he could see “literally a lifetime of savings wiped out by the fall if there isn’t a mechanism of relief and people are saying oh the deferral will solve it. No, it’s just going to put the misery off to the fall.”

Saliken says the big banks shouldn’t be benefiting the most from the drops to Canada’s prime lending rate. 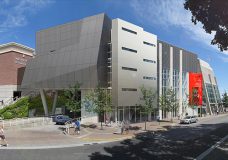