Man with crossbow arrested after allegedly breaking into Langford home

CHEK file
A 28-year-old man with a crossbow was arrested after he allegedly broke into a home in Langford on Aug. 5.

A 28-year-old man carrying a crossbow was arrested after he allegedly broke into a home in Langford.

West Shore RCMP say officers were called to a home in the 1700-block of Falcon Heights Road in Langford after the homeowner reported that someone had broken into their residence and was still inside at around 8:45 p.m. on Aug. 5.

RCMP say the homeowner arrived home and saw a vehicle on their driveway and their bedroom window left open and decided to leave and call police.

Officers arrived on scene and soon determined that the 28-year-old male suspect and the homeowner knew each other. They also determined that the man was wanted for breaching multiple court orders, had a history of violence as well as multiple prior convictions for firearms-related charges.

West Shore RCMP say the Vancouver Island Emergency Response Team along with crisis negotiators and Police Dog Services were called in to help apprehend the suspect.

More than three hours after the initial call, at around 1:30 a.m. on Aug. 6, the man was taken into custody without incident.

West Shore RCMP say the man was found in possession of a crossbow and arrested because it violated a court order that banning him from possessing weapons.

The 28-year-old, who was not identified, is facing charges of break and enter and weapons possession, according to the RCMP. 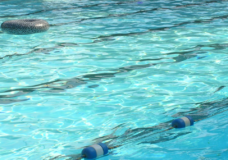 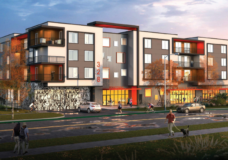