The man who fatally shot a 40-year-old single mother in Langford in 2020 has been sentenced to life in prison with no chance of parole for 14 years.

Anthony Singh Dheensaw, 38, pleaded guilty to the second-degree murder of Angela Dalman last month and was in court Tuesday for the final day of a two-day sentencing hearing.

Dheensaw was also handed a nine-year concurrent sentence for the attempted murder of Dalman’s friend, Derrick Oke, to which he also pleaded guilty. This will be served simultaneously as his life sentence.

#New The Langford man who plead guilty second degree murder after gunning down 40-year-old single mother Angela Dalman in a case of mistaken identity, has been sentenced to life in prison with the first chance to apply for parole in 14 years. @CHEK_News pic.twitter.com/qqmq4ipVOJ

A day earlier court heard that Dheensaw fired twice at Dalman on the night of March 6, 2020, fatally striking her in the right shoulder, because he thought she was someone else.

“There are not words to cover what Angela was to all of us. She was just beautiful. She was a shining light,” said friend Lisa Robertson. “She was such a generous person. There were so many things I can’t even start to list them all. She made everyone feel like they were her best friend.”

On the night of March 6, 2020, Dalman was saying goodbye to friends at their Langford home. The friends had been involved in an earlier, violent altercation with Dheensaw.

Dheensaw had fled the home after the fight, when he returned he was carrying a friend’s rifle. Dheensaw says he mistook Dalman for the friend she was visiting, Kelly Groves. The two women were similar in stature and appearance.

Dheensaw shot at Dalman twice, the second bullet running through her body shoulder-to-shoulder. Dalman bled to death before she reached the hospital.

“We just want her to be remembered for the person she was. She’s so much more than her crime,” said Robertson.

A second-degree murder conviction automatically comes with a sentence of life in prison. Parole eligibility is 10 years minimum and 25 years maximum for second-degree murder. Justice Catherine Wedge’s role in sentencing was to weigh a number of aggravating and mitigating factors in deciding when Dheensaw should first be able to apply for parole.

In her ruling Tuesday, Justice Catherine Wedge cited the mother’s death as “profoundly devastating” on her friends and family, and in particular Dalman’s son, who read a victim impact statement on the first day of the hearing.

“Her son Austin is struggling immensely with her death,” she said. “He was only 16 at the time of her death…Without any doubt, Ms. Dalman was an individual whose love and respect shone through the victim impact statements.”

Wedge stated Dheensaw’s use of a firearm, the fact that the incident was unprovoked, Dheensaw’s extensive criminal history, and the impact of Dalman’s death as factors in her decision, but added his admission of guilt also played a role.

“The most important mitigating factor, in this case, is Mr. Dheensaw’s guilty plea. There were numerous trial options this case could have had…The toll would have been enormous,” she said. “A guilty plea speaks loudly to his acceptance of his remorse.”

Dheensaw has been in prison since March 7, 2020, the day after the murder. Having already spent two and a half years in custody, Dheensaw is eligible for parole in 11 ½ years.

His defence attorney Garen Arnet-Zargarian told the court during sentencing that Dheensaw’s life changed completely when he was diagnosed with multiple sclerosis in 2014. Unable to find the right mix of medications, hold down a job or attend school, Arnet-Zargarian says Dheensaw turned to street drugs to cope. His usage grew to full-blown addiction, then the dealing of cocaine between 2017-2019.

Since he’s been in custody, Dheensaw has completed a substance abuse course and post-secondary education through correspondence, court heard Tuesday.

Dheensaw’s family refused to speak with CHEK News on camera today, but his defence lawyer says he’s genuinely apologetic and will be using his time in custody to focus on rehabilitation.

“This was a tragic event. Mr. Dheensaw is very sincerely remorseful for his actions. His guilty plea and judgment indicate that he accepts responsibility and his sincere desire for his community to heal,” said Arnet-Zargarian.

For Dalman’s family, however, the day is bittersweet. Leaving today with some closure, but aware that no sentence will ever bring back their, mother, sister, and friend.

“It’s hard to say that there’s closure. I’m not even sure if I know what closure is. I think we’re just ready for the next chapter to learn how to live without Angela in our lives because it’s an enormous loss. Enormous,” said Robertson.

“Angela will be forever missed. And loved even more. No sentence will ever bring her back but today we all have closure. Especially Austin her son,” said friend Melissa Nelson.

Dalman leaves behind her 18-year-old son Austin, sister Kristy, and numerous other friends and family. 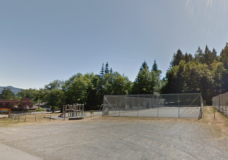 Cowichan Valley park to be renamed in honour of firefighter 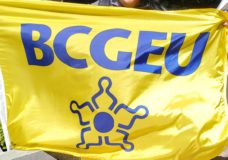 BCGEU says it's returning to the bargaining table with B.C. government