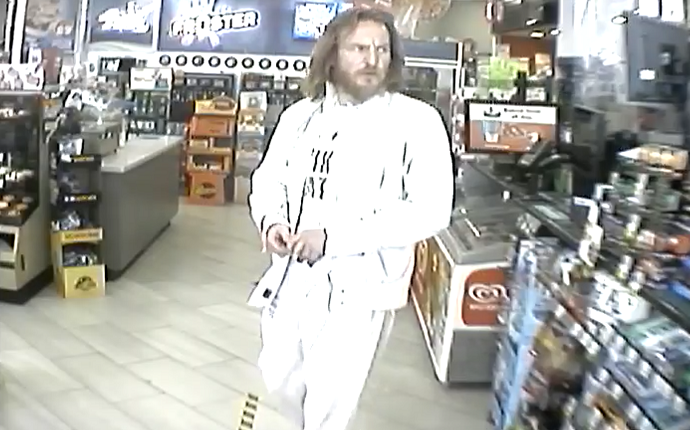 A South Island crime spree that resulted in the theft of a van, ambulance support vehicle and gun came to an end in Port Alberni over the weekend, according to RCMP.

Because the suspect was potentially armed with weapons, assistance was requested from the Emergency Response Team (ERT), police dog services and a police helicopter.

However, RCMP say officers were able to locate and arrest the suspect without further issue before the ERT arrived.

Further information led police to believe that the man responsible may also be the man West Shore RCMP alleged was “armed and dangerous” following the theft of a van in View Royal and a firearm stemming from a break-in in Sooke.

The black Dodge Caravan was reported stolen last Tuesday. On Wednesday, police found the vehicle and made several unsuccessful attempts to stop it between Sooke and Ladysmith, RCMP said.

“We truly appreciate the concern and vigilance of the public and the assistance from the Emergency Response Team, Police Dog Services and Air Support,” added Const. Richard Johns, media relations officer with Port Alberni RCMP.

“The citizens reporting the suspicious activity were instrumental in ending this man’s crime spree,” added Johns.

According to Mounties, the man remained in custody as of Monday afternoon, awaiting a bail hearing for multiple charges from various communities across the South Island.

The suspect has been located, arrested and is currently in police custody. @WestshoreRCMP would like to thank the public and the media for your assistance. https://t.co/kBiwt0oIc4 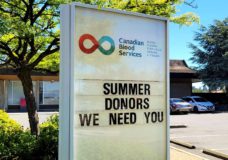 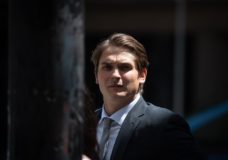