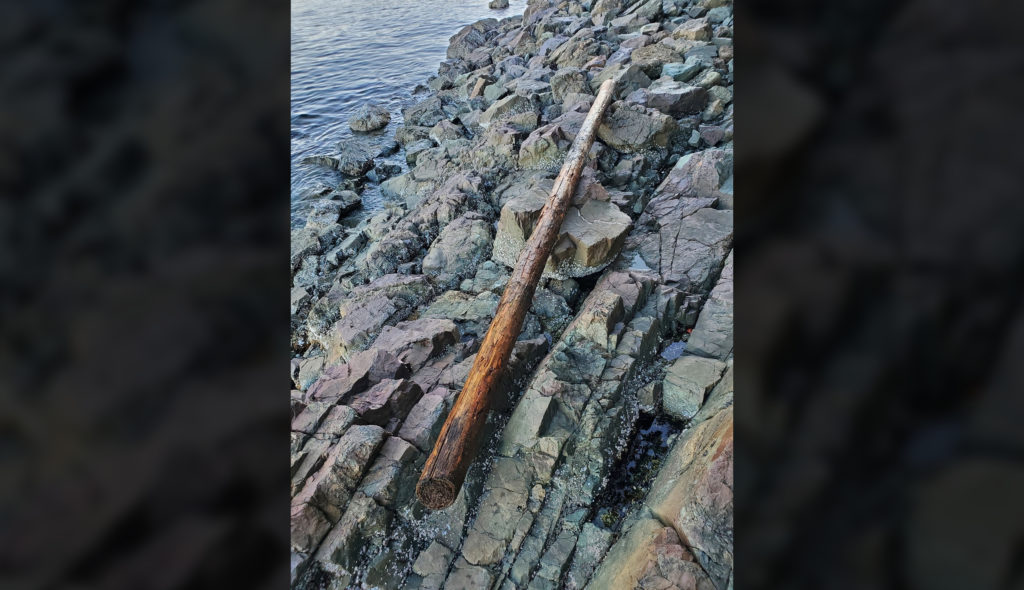 Nanaimo RCMP Handout
A large log was dropped off a cliff toward two kayakers near Jesse Island, off the coast of Nanaimo.

Two kayakers are lucky to have escaped serious injury after a man allegedly rolled a large log off a cliff directly above them, striking them both, according to Nanaimo RCMP.

The kayakers, a 43-year-old man and 39-year-old woman, were paddling in the waters off Jesse Island near the entrance to Departure Bay beach at around 6:45 p.m. Saturday, Aug. 6, when it happened.

The duo told police they were exploring rock features when the man appeared on the island above them. After a brief exchange, they continued paddling, and a few minutes later they heard a commotion and looked up to see the same man pushing a large log off the cliff.

“The log struck the woman kayaker in the back with enough force to knock her out of her kayak and into the ocean waters,” Nanaimo RCMP said in a statement.

“The log struck also hit her male companion. He managed to stay upright in his kayak and assisted his friend to shore where several witnesses called the police and reported the incident.”

Mounties, with the help of a Nanaimo Port Authority vessel, went to the island and arrested a 37-year-old man who faces a charge of assault with a weapon. He has since been released from custody on a promise to appear in court Nov. 9, 2022.

Neither of the kayakers were seriously injured.

The log was about 20 feet long and eight inches in diameter, according to police.

“This was a bizarre incident and given the size and weight of the log, and distance it fell, the log could have caused serious injury to both individuals,” said Const. Gary O’Brien of Nanaimo RCMP

Police say they are continuing to investigate the incident. 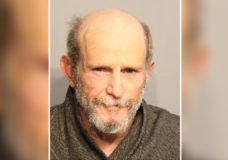 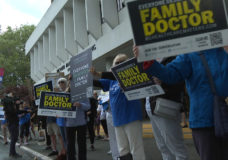