Mill Bay resident Maureen Alexander points out a clear-cut located below the Malahat Highway in Mill Bay, which is part of the Bamberton industrial site.

“This is the clear-cut just off the highway exit to Bamberton. This was my first clue that something was happening that I wasn’t aware of.”

While out walking recently, Alexandra saw a notice regarding a permit for expansion of the existing quarry in the industrial park.

But she says it came as a complete surprise.

“When at first I realized that I seemed to be the only one, they had not made any effort to have public meetings or anything like that, I just started phoning people. I really didn’t know what to do.”

In a statement, the Ministry of Energy, Mines and Low Carbon Innovation confirms the land is owned by the Malahat First Nation.

And the company that applied for the mining permit, the Malahat Investment Corporation is also owned by the First Nation.

“We’ve heard from dozens of people in our constituency office.”

Local MLA, and BC Green Party leader, Sonia Furstenau admits there may be issues with the process.

“The concerns being raised by the public is around the application for expansion of the quarrying activities. And what are the implications for the environmental impacts, especially to the very fragile marine environment of the Saanich Inlet.”

“I think a lot of time once people do their homework, they find out the reality isn’t as bad as the rumour.”

Handysides says there are no plans to expand the quarry, and the band is working within its permit.

“The area that was cleared this year, that’s part of the existing quarry operation that’s already operating under an existing permit. That represents the area that aggregate will be produced from for the next ten years.”

Handysides says the Malahat is simply renewing its lease of the foreshore at Bamberton, not expanding it.

“We are trying to find the balance of how we preserve the environment and still create the economic drivers the Malahat Nation needs.” 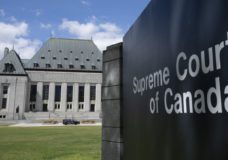 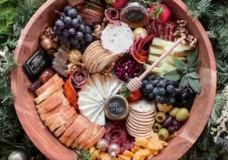