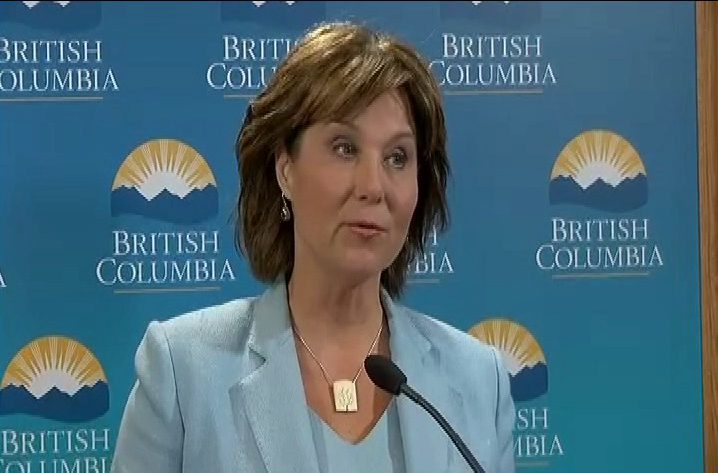 The majority of British Columbians oppose a snap election and would also like Premier Christy Clark to step down as leader of the B.C. Liberals, according to a new Angus Reid poll.

Another key finding was 62 per cent of respondents said they would prefer to see Clark step down as leader of the B.C. Liberals, including 32 per cent of her own party’s supporters. 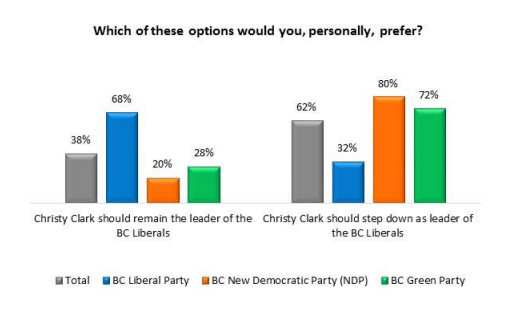 READ MORE: CHEK Point: If BC is forced into another election, will you change your vote?

In the poll, only 15 per cent said the alliance could last more than two years. The largest group, 28 per cent, said they had no idea or couldn’t say how long the NDP and Greens would be able to work together.

The poll also looked at the mood of the province. More than one in three British Columbians worry that their own standard of living will be worse a year from now, a seven year high.

The Angus Reid Institute poll was conducted from June 15 to 19 using an online survey among a representative random sample of 810 B.C. residents over the age of 18. A probability sample of this size would carry a margin of error of +/- 3.4 percentage points, 19 times out of 20. 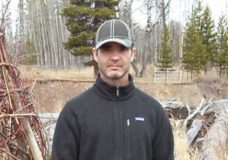 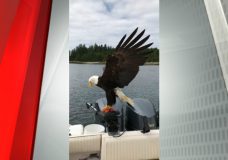