The new owners of a 67-acre property in Metchosin just paid $12 million, the highest price ever paid through the Victoria Real Estate Board’s Multiple Listing Service.

Not only does the property feature a 10,000-square-foot home — a stream runds under a portion of the home itself.

The house’s uniqueness is what sold it, according to Douglas McGowan, managing broker of Sotheby’s International Realty.

The luxury home market is hot in Greater Victoria.

Typically only a handful of homes listed for more than $4 million sell annually in Greater Victoria.

But that changed during the pandemic, according to realtor Scott Piercy.

“On average we would have seen five to six a year if you take the last 10 years,” he said.

Piercy’s listing of a 1911 Samuel McClure house in South Oak Bay is listed at $4.1 million. He says Vancouver buyers are interested in island properties.

The demand for these luxury properties has translated into higher prices in the past year, according to Tina Ireland, regional assessor for BC Assessment.

“What we are seeing so far from July last year to now is about 10 per cent increase in those higher-end homes,” she said.

There are four residential properties in the Capital Region alone priced above $10 million.

“Our inventory is still half of what it should be,” Piercy said.

And with more buyers than properties, they’re expected to sell. 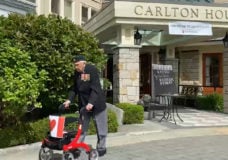 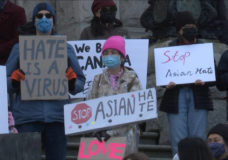