WATCH: A fuel barge that came loose Sunday afternoon is now being recovered. Officials say no fuel has been leaked. Calvin To reports.

A fuel barge that came loose Sunday afternoon is now being recovered.

Rough seas caused the Zidell Marine 277 to become disconnected from its tugboat on Sunday shortly before 4 p.m.

The 130-metre vessel belongs to U.S. company Ziddell Marine. It is chartered to Seattle-based Olympic Tug and Barge.

Coast Guard officials say no fuel has been spilled.

However, the incident has renewed concerns over what critics call deficiencies in spill response.

“The reality that we see in situations like this is the distances are so large that anybody operating out of a coast guard base in Prince Rupert or Comox just isn’t going to be able to get to an incident like this fast enough to make a difference,” said Dogwood B.C.’s communications director Kai Nagata. “And I think it’s disgraceful that we have to see two incidents like this in a row to acknowledge that the response capacity that we do have on the coast is woefully inadequate.”

Coast Guard officials said on Monday afternoon that the vessel would be towed to Norman Morison Bay. It will likely spend the night there. 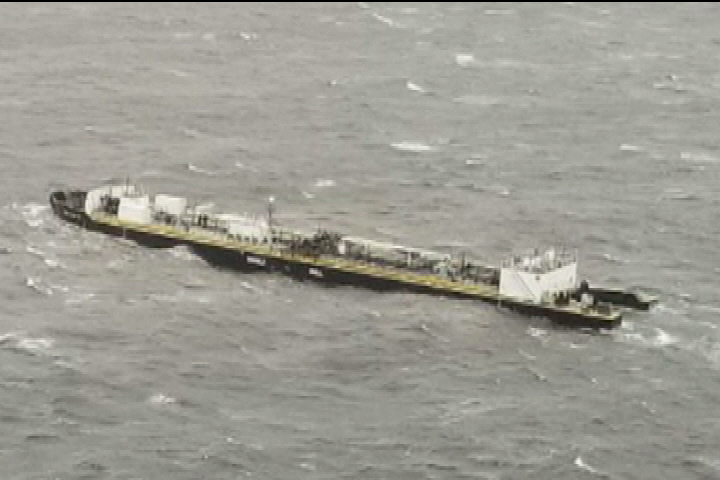 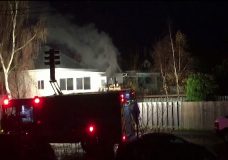 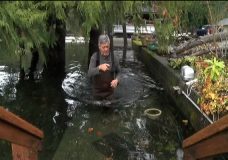