Local retailers surprised by holiday season profits, regardless of storm

The holiday displays may still be up, but local retailers, like Munro’s Books, are already taking stock of the most important shopping season of the year.

“Retail wise it actually ended off quite good, despite all the other unexpected events that occurred,” said Jessica Walker, managing partner of Munro’s Books.

Nearly a foot of snow, ice, and cold temperatures stopped staff and shoppers right as holiday shopping was peaking. Walker says the weather interruptions made for a busier-than-usual Christmas Eve and Boxing Day.

“I think a lot of people’s travel plans were disrupted. So they hadn’t actually had a chance to get their Christmas shopping, or they knew they weren’t going to see family until a little bit later,” said Walker.

Given mother nature’s obstacles, local retailers say they were surprised by the success of the holiday season. For consumers though, shopping was marked by trepidation.

“I think there’s a little bit of nervousness around inflation and I think we might have had a slower retail side than we did in 2021,” said Jeff Bray, CEO of the Downtown Victoria Business Association.

“They’re spending a little bit more but buying less. In other words, going for quality over quantity,” said Bruce Williams, CEO of the Greater Victoria Chamber of Commerce.

Going forward into 2023, as the cost of living remains uncertain, many businesses expect people may re-assess their discretionary spending in the new year. At the same time though, they’re hopeful about the year ahead. 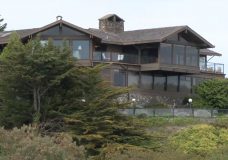 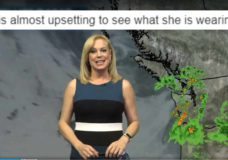 The right to bare arms: How can a dress be 'almost upsetting'? (Opinion)