Every year, millions of sharks are killed for their fins to use in soup, a practice that has depleted the global population of sharks.

Sharks are an apex predator meaning they sit at the top of the food chain and are a vital part of keeping a balanced marine ecosystem.

Dr. Teale Phelps Bondaroff, the co-founder of OceansAsia who lives in Saanich, said his company is dedicated to researching wildlife crime, including the exportation and exploitation of sharks and their fins.

Two of the largest shipping companies have signed an international agreement, prior to the founding of OceansAsia, stating they will no longer ship any shark-related products. Unfortunately, that recently changed when one major company changed their wording from “all shark products” to “endangered shark products”

Later, Bondaroff said it was discovered they were importing shark fins, opening up the possibility for the shark fin industry to continue.

“I would say it is a disappointment that they weren’t willing to step up and fight wildlife crime”, said Bondaroff

Bondaroff has been focusing mainly on working with shipping companies as he states this is the weakest link in the supply chain and the best way to end illegal smuggling.

Canada recently passed a new policy that bans shark fins from being imported into Canada.

“I think there will be a day when major shipping companies take lots of steps necessary in order to prevent wildlife crime from occurring,” said Bondaroff

For more information on OceansAsia you can visit their website here: http://oceansasia.org/.

Correction: A previous version of this story said the agreement the two companies signed was with OceansAsia. Instead, it was an international agreement. CHEK News regrets the error. 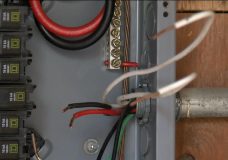 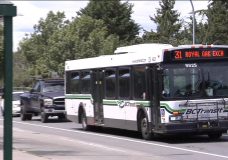