July 13, 2019 updated
CHEK
WatchJust one month after the City of Victoria approved bus passes for youth riders, a councillor in neighbouring Saanich is asking for the same plan. As Julian Kolsut tells us, we may soon see the initiative spread across Greater Victoria, but it will come with a big price tag

The call follows Victoria’s announcement for the initiative that will be in place by September.

“Free bus passes is the low hanging action of a climate emergency… really its something we can do,” said Chambers.

Saanich council will debate the motion on Monday, but fellow councillor and Victoria Regional Transit Commission chair Susan Brice says they are already working on it.

“The transit commission has supported the idea of youth passes, and in fact we have been able to sign on some independent schools and first nations youth,” said Brice.

“The commission has asked staff to bring back some information what it would cost and service hours and so on.”

And the move would not be cheap.

“We have only three places where we can get funding, one is the gas tax, one is the farebox and the other is property tax,” said Brice.

Chambers hopes to find a solution that does not put a burden on taxpayers.

“I do not think it should be an onus on the taxpayer. There are other mechanism and I will be asking staff to look at them ,” said Chambers.

Colwood Mayor Rob Martin says the passes for them are not a priority at the moment.

“We anticipated it would cost Colwood around $200,000 with youth, and if this was looking at being funded through the municipality it is not a high priority for us,” said Martin.

“We are supportive of the idea, if people can make it work and the province is willing to step in and fund that we are highly supportive of it.”

The news is exciting for 14-year-old Saanich resident and transit rider Miltiadis Koulelis.

Saanich council will debate the motion on Monday. 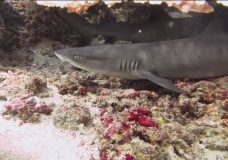