WATCH: Jesse Short-Gershman took his own life in October 2014. His father, Stu Gershman, is a local hockey coach in the Victoria community. Stu is hoping to turn tragedy into change, as his mental health initiative begins to span across B.C., and hopefully one day, across the country.

After Jesse’s death, Stu’s players began using green stick tape, the colour of mental health, to not only honour Jesse but to spark the conversation about mental illness.

For the past four years, Stu’s teams would use the green tape on the last weekend of October, marking the anniversary of the tragedy.

After four years, Stu decided to take the initiative a step further, creating Buddy Check For Jesse, a mental health site dedicated to educating hockey players, parents and coaches about the challenges young athletes face. This year, BC Hockey is helping get Stu’s message across the province, sending packages to minor hockey teams across the province, encouraging coaches to sit down with their players in the dressing room and talk about mental health. 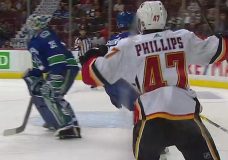 Could Matthew Phillips be returning to the Victoria Royals? 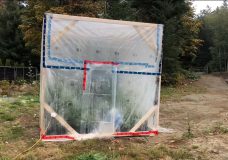